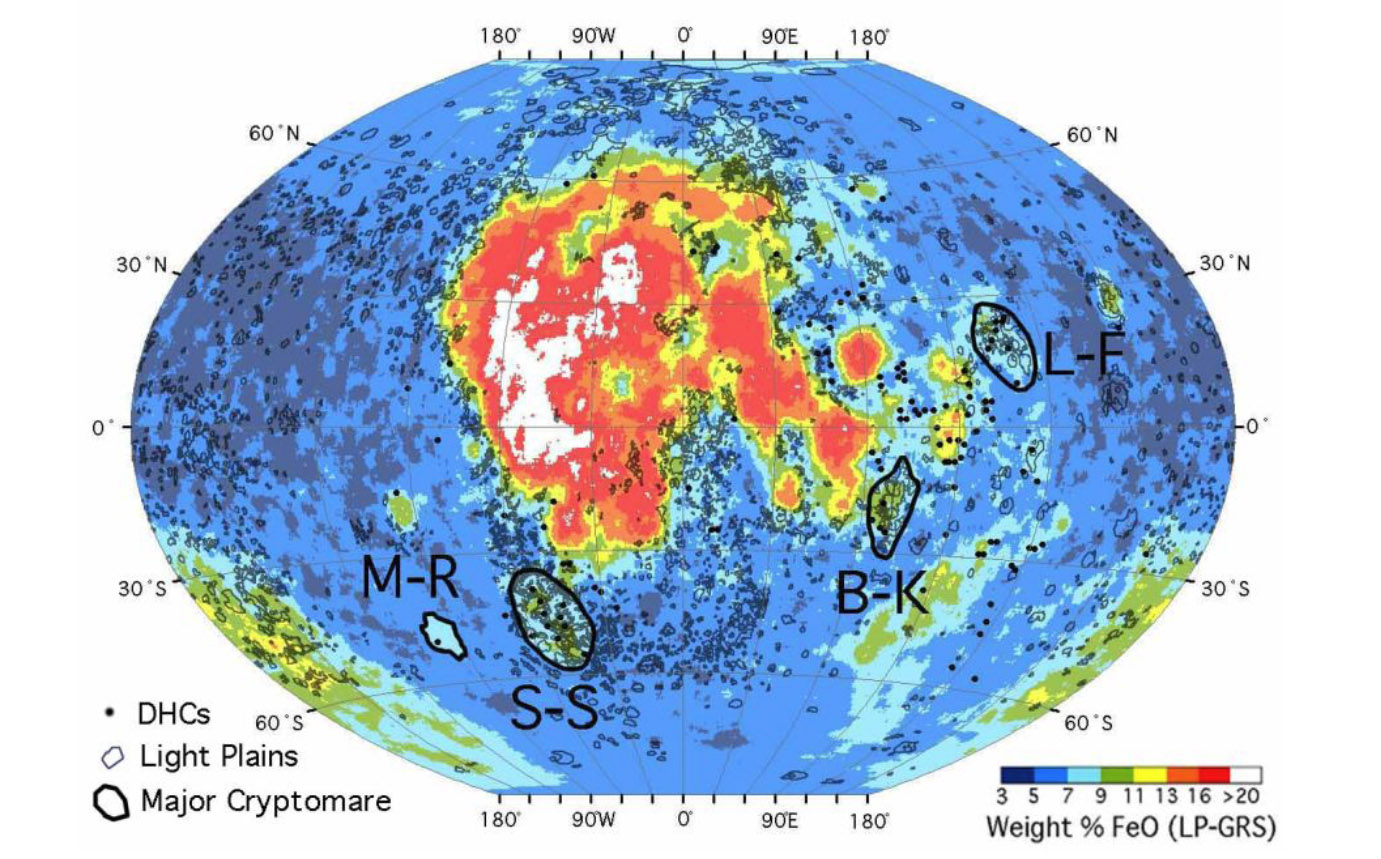 Every summer, undergraduate students come to the Lunar & Planetary Institute in Houston for a 10 week research experience. This map is part of the results from one team working last summer with David Kring, a scientist at LPI. The goal was to identify the youngest and oldest maria on the Moon as potential sites for future sample return to Earth. The reasons that the extreme ages mare rocks are important is that they bound the period of time that the lunar mantle was hot enough to melt and generate lavas. These ages and the compositions of the samples would constrain understanding of the Moon's thermal evolution. The colors represent the amount of iron oxide in the surface materials - as you can see from the distribution, mare lavas have more than about 11% FeO, and highland rocks are typically less than 7%. The youngest mare locations were identified using published crater-counting data, and the oldest maria are presumed to not be the visible ones, but rather cryptomaria, old mare lavas covered by brighter impact ejecta. Cryptomaria are revealed by dark halo craters (black dots) of impact origin that excavate underlying lavas. Similarly, the smooth surfaces of light plains may indicate buried lava flows. The main cryptomaria detected are indicated by the heavy black outlines. The best known is in the Schickard-Schiller (S-S) area, and Balmer-Kapteyn (B-K) and Lomonosov-Fleming (L-F) are two others. Each of these coincides with an ancient impact basin and at one time was covered with dark mare rocks.

Tomorrow's LPOD: Do You Belong in a Zoo?