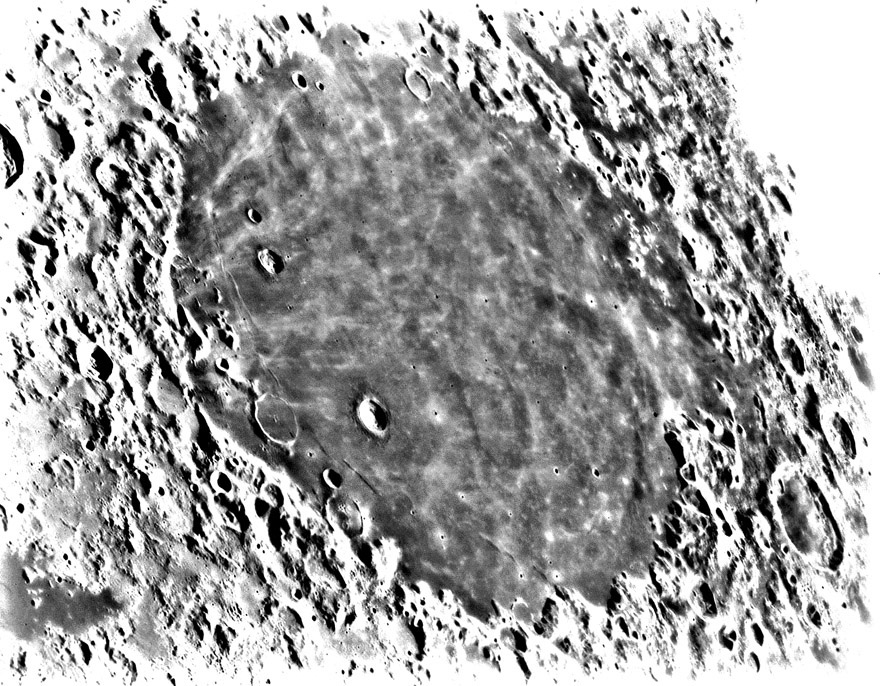 Observing near full Moon there is a clash of albedos, with bright rays from Copernicus, Aristarchus and other young craters winging across dark maria. But how dark are the maria, really? In this image - with sincere apologies to Mario! - I have severely enhanced the gray portion of the histogram to reveal that Mare Crisium is crossed by ray material nearly everywhere. Five radial swaths of rays in western Crisium radiate away from Proclus, but the sources for most of the other ray fragments can not be easily identified. Crisium and other maria are contaminated with faint filagrees of bright material, some being immature mare rocks - for example, the little nimbi surrounding fresh small craters in the mare - and other being anorthositic material from the highlands. This means that there can be small secondary craters virtually anywhere - complicating age dating by crater counting - and that mare samples collected by space probes - Luna 24 landed in the bottom right corner of Crisium - are contaminated by a patina of non-local material.