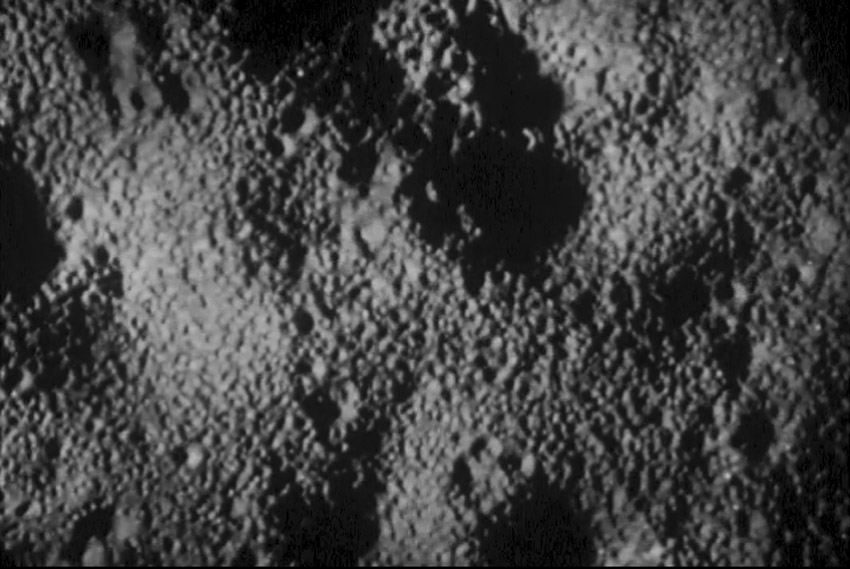 Craters on the Moon form by impact, and they are modifed - sometimes out of existence - by subsequent impacts. About 45 years ago the legendary Don Gault and colleagues used the Ames Vertical Gun to experiment on the consequences of generations of impacting. The gun shot small particles into a quartz sand target area, creating tens of thousands of craters of six different diameters. The largest were 17 cm across and there were ten times as many for each smaller size, so if there had been just one big one, there were 10 of the next smaller size, 100 for the 3rd size, 1,000 for the 4th, 10,000 for the 5th and 100,000 for the smallest size crater. Gault's group called the surface created by their experiment Mare Exemplum because it was an example of how the succession of craters modified the surface. One thing that became clear was that at a certain point in time each new crater created destroyed one of the same size. This is called saturation and it means that no longer does the number of craters increase with time. At the crater diameter where saturation has been reached the number of craters remains constant as old ones erode away when new ones form. If you click the image above you can see a film of the evolution of Mare Exemplum, just don't be in a hurry - it takes more than 30 seconds to start streaming. Thanks to Dave Kring at the Lunar & Planetary Institute for resurrecting this classic film and making it available again.