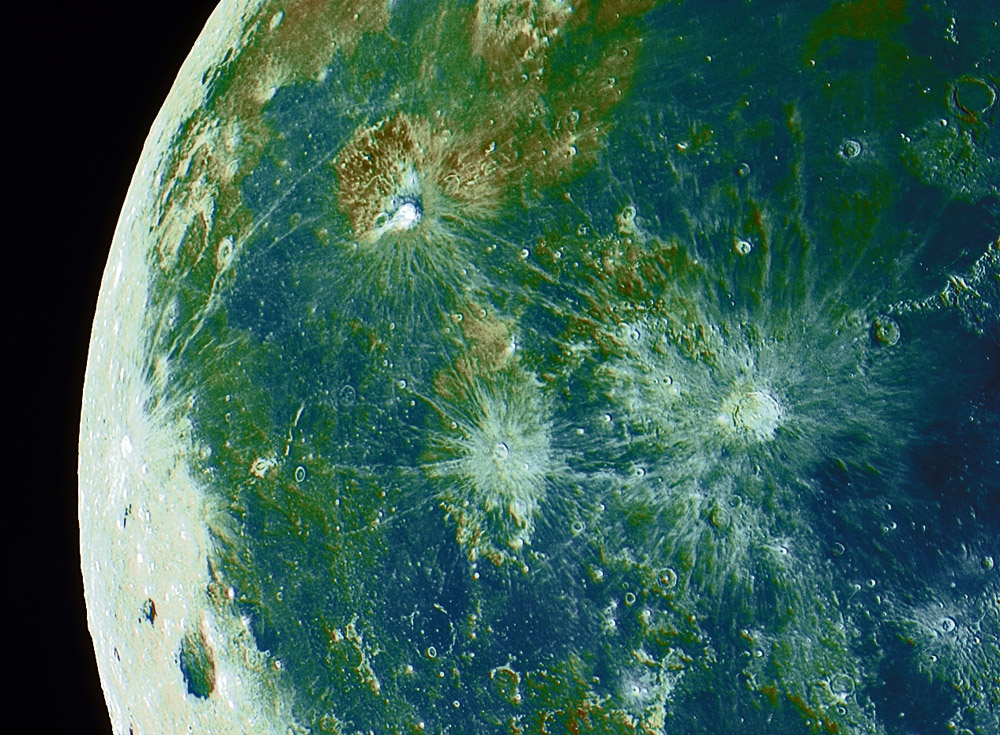 Just another image with some exaggerated colors of the Moon. The colors are exaggerated, but instead of having the red tones all around, I've chosen the bluish-green colors for the greater effect, which also seem to better show the general differences in the terrain materials. In this manner, our satellite looks a little bit warmer...almost Earth-like. Interesting to see all this ray systems, including the mark of a never-to-be-seen crater from Earth: Ohm. It's mark stretches all the way in the upper part of the image.


Yesterday's LPOD: The Right Side of Hell