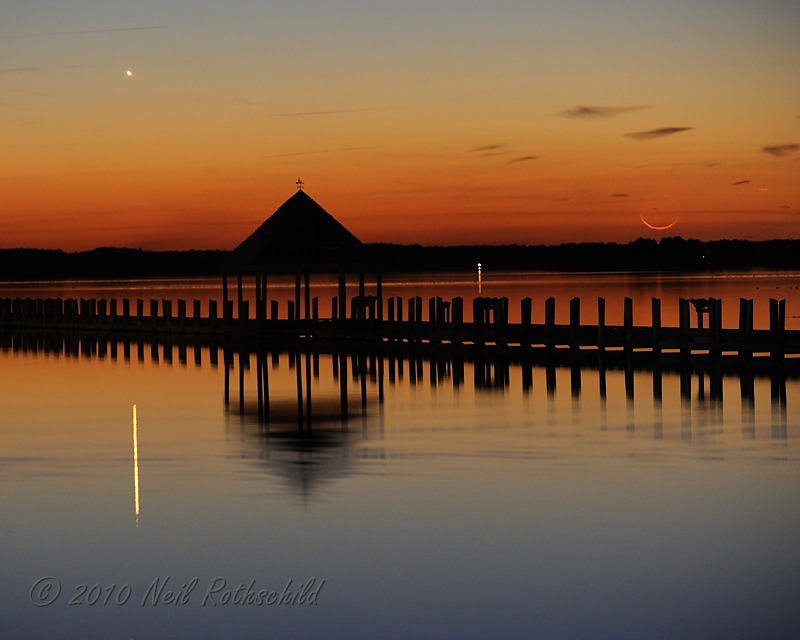 The distant sun reflects from the ripple free-lake of water in the newly terraformed world of Titan. To understand how this happened notice the lack of rings around the backlit Saturn at upper right. By diverting the ice ring particles to a collision course with Titan, the rain of impacts heated the satellite to raise the temperature to the triple point of water, allowing melting of the icy crust. The methane lakes evaporated into the atmosphere - see the red glow - causing a large greenhouse warming that will maintain Titan as a habitable world for at least 10,000 years. Club Med was the first major corporation to bring humans to the exotic new resorts in this water world, many will follow.


Yesterday's LPOD: How Thick Are Rays?