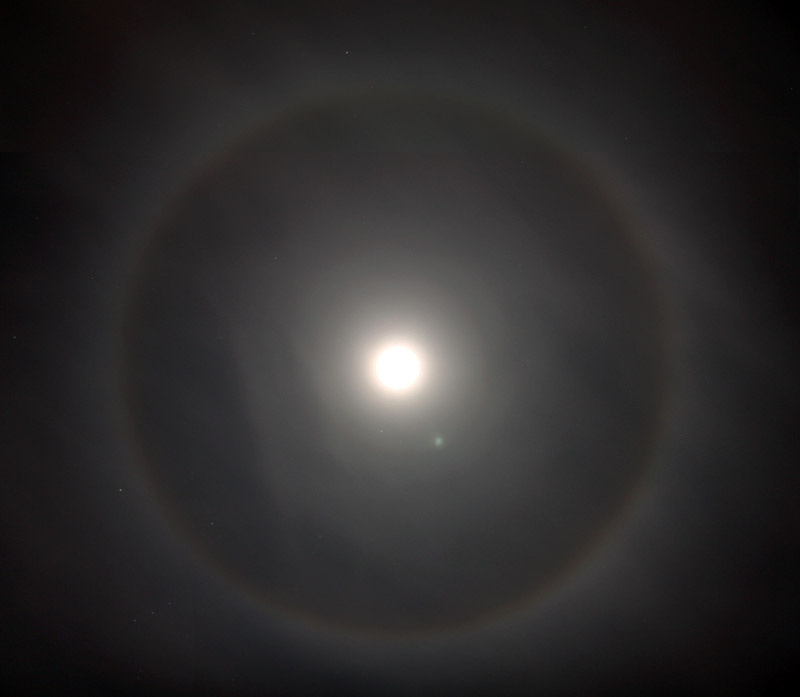 The target circle pinpointed the Moon just as it absorbed the death ray and started to melt. Fortunately for the Lunarians, one large craft escaped the now glowing surface and managed to flee. Where they would go was uncertain, but the blue cast of the ship indicates the hyperdrive was just turned on and soon they would be far away. Meanwhile, Earth braced for the onslaught of giant slag meteorites.The only ones happy were the deep space astronomers who, once the glowing ember cooled, would be able to observe their silly little faint fuzzies any night of the month, now a meaningless term.


Yesterday's LPOD: Noticing What is Missing