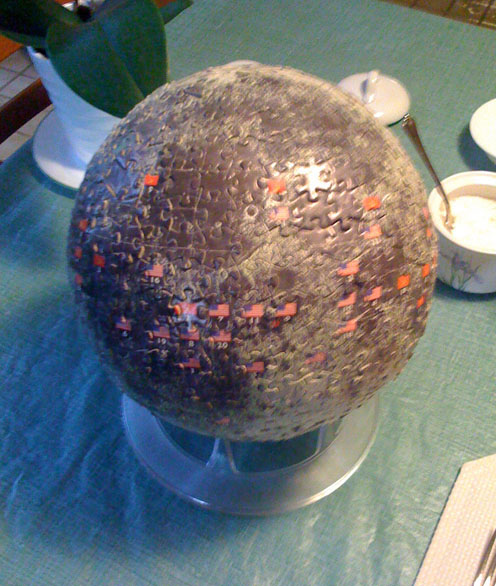 When I gave a talk in Cleveland last week my host had a collection of astronomy paintings, books and globes. This puzzle globe of the Moon was the most unusual, and one I had never seen before. It had no markings to indicate it's manufacturer or date. There was very little detail on the far side, suggesting that it could be from the early 1960s. It also had a number of American flag icons - I didn't look closely at the time, but there are more icons than there were Apollo landing sites. I see now that it also has some Soviet flags, too. Perhaps these are all spacecraft locations from Ranger, Surveyor and Apollo and the Luna landers? Does anyone know about this puzzle globe? Thanks to Jeanne Bishop for the chance to learn about another lunar globe.