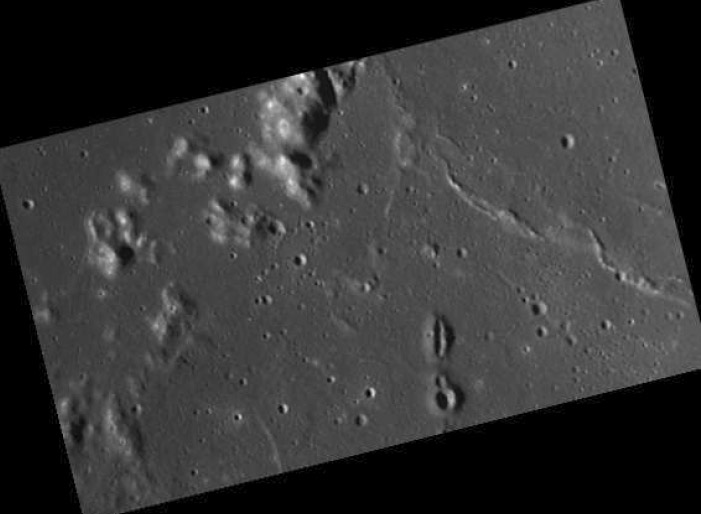 A recent LPOD image from LRO showed a small elongated volcano cone east of Flamsteed. I determined it's position (42.42° W and 4.86° S), and using the image time of 2010-01-10 UT 16:14:44, determined that the corresponding solar altitude above the cone is 9.94°. The image was then imported and rotated until the axes of the shadows appeared horizontal. The scale of the image corresponds to 0.0738 km per pixel computed based on the diameter of the crater Flamsteed of 20 km. The diameter for the elongated cone is 2.28 km (North South direction) x 0.74 km (East-West direction). Based on measurements of the shadow length (7.7 pixels corresponding to 0.568 km), the height of the flank of the lunar cone amounts to 98 m ± 10 m. The slope is computed to be 4.9° for the steepest part of the cone. The shape of the cone fits the class B of cinder cones in the San Francisco Volcanic Field in northern Arizona in the scheme used by Breed (1964 - Morphology and lineation of cinder cones in the San Francisco volcanic field. Museum of northern Arizona bulletin N.40, 65-71). 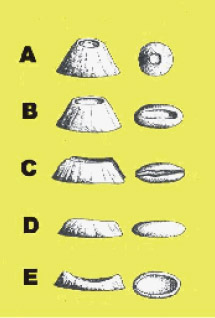