Farewell To the Commander 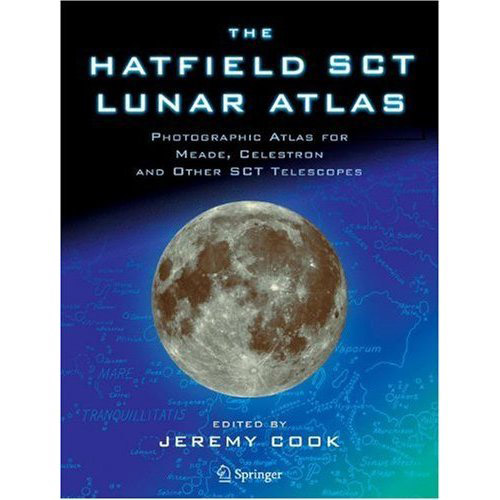 I had started Saturday's LPOD when I read the news of the death of a person who made a significant, albeit quiet, impact on amateur studies of the Moon. Back in the mid-1960s Henry Hatfield undertook a series of photographs of the entire nearside under different illuminations. His images are of very ordinary quality by the standards of the last decade and never would be featured in LPOD. But the Amateur Astronomers Photographic Lunar Atlas that he published in 1968 - and its republication in 1999 as the Hatfield Photographic Lunar Atlas and later still as the Hatfield SCT Lunar Atlas is of continuing value. I've never seen the 1968 Atlas but had seen it referenced in British publications and thus was pleased to buy a copy when it was updated and republished in 1999. I like it because it is very manageable in size and yet still useful in scale. The Moon is divided into 16 regions, each shown under 4 or 5 angles of illumination (and variations in libration) and accompanied by a simple map that is one of the very few to include all the letter designations. Some of the reviews on Amazon dismiss the Atlas because of the quality of the images, but I think it is still a very useful reference at the telescope or the desk because it is identifies nearly every named feature. It is remarkable that no modern high resolution photographic lunar atlas exists - it will be easy to find images of higher resolution, but hard to beat the familiar satisfaction of using Hatfield.


Yesterday's LPOD: The Basis for a New Atlas