The Basis for a New Atlas 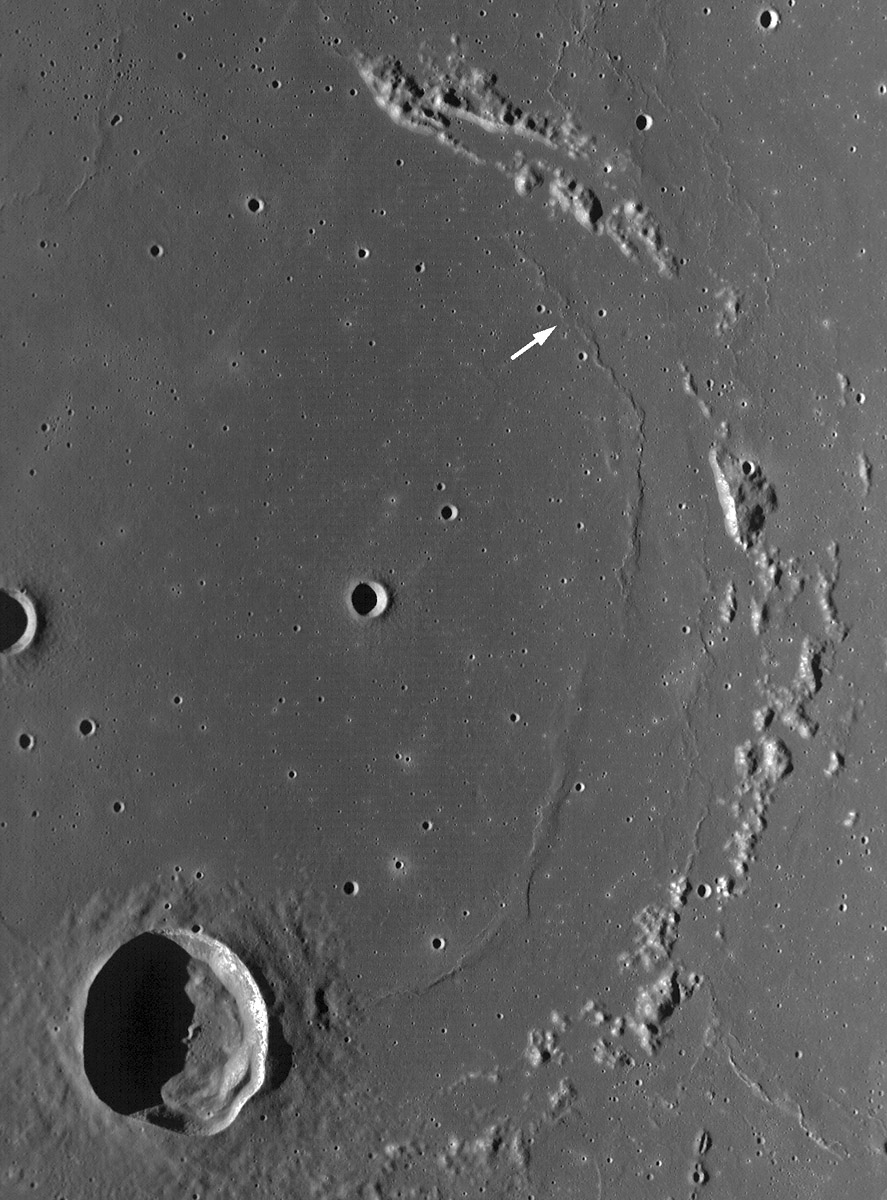 The fragmentary 112 km diameter crater ring Flamsteed P is famous for being the target area for Surveyor 1, America's first soft landing on the Moon. This Wide Angle Camera (WAC) view from the LRO showing the eastern half of P is a wonderful example of a sheet for a new moderate resolution atlas of the Moon. The image depicts a 87 km wide swath of the surface, and the lighting is high enough to show the half of the inside of Flamsteed crater, but low enough to still depict the mare ridges and the small volcanic crater chain at bottom right. It would require about 18 sheets of this size to cover the area of one Rükl plate, and about 2500 sheets for the entire Moon. That would be a thick book - nearly 30 cm (1 foot) thick. But as an online atlas, perhaps with adjustable scale viewing as used to display the Narrow Angle Camera spaghetti strips, the massive data set could be quite manageable and accessible. Presumably the problems with the WAC images - seen here as the horizontal image strips - will ultimately be corrected, resulting in smooth toned images.

Technical Details
The arrow points to Flamsteed Region of Interest for which NAC image have been acquired. The Surveyor 1 location.is within the ROI.

Tomorrow's LPOD: Farewell To the Commander