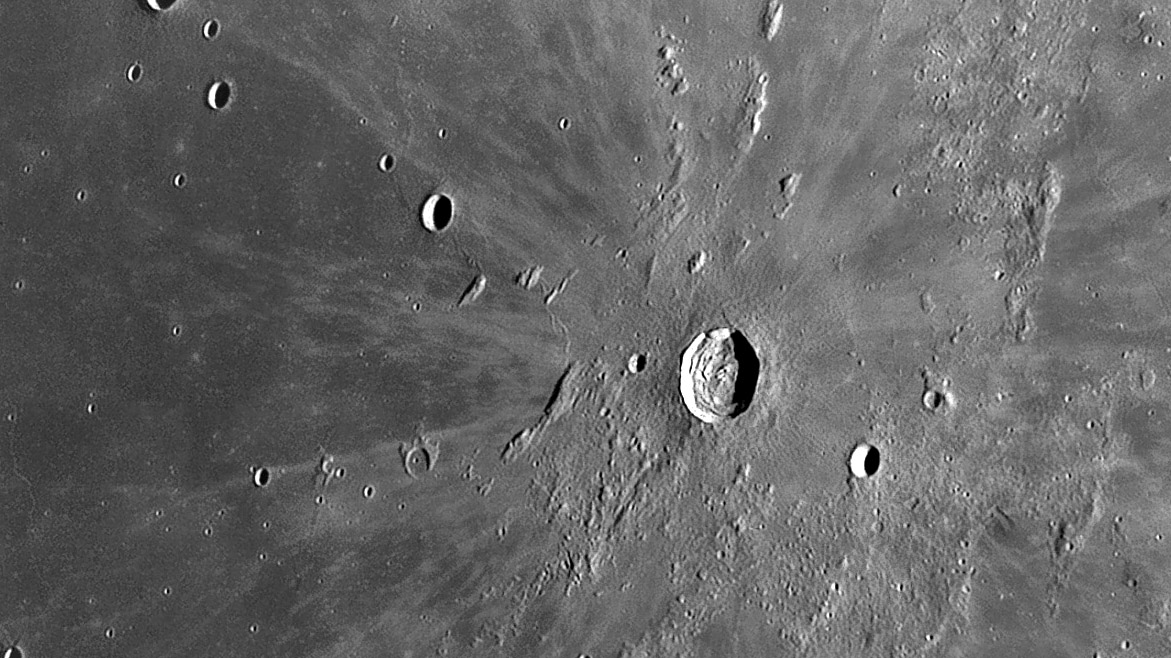 Kepler is one of the rayful threesome - Copernicus, Aristarchus and Kepler - whose rays intermingle in western Imbrium and southern Procellarum. Kepler is the least impressive, both as a crater and as a ray system. But in looking at Paolo's recent image I noticed something fascinating. In this excerpt - which I over-enhanced - of Paolo's larger mosaic you can see rays pretty uniformly going out in all directions, except to the west. My first thought was that Kepler must have been an oblique impact, with the projectile coming from the west. Could be. But if you look closely at the rays to the west another possibility emerges.The ridges west of Kepler look like they may have blocked the rays. The mare areas to the west with the least ray material are all in "shadow" regions of the long ridge, and the three or four shorter ones to the northwest. And the region between the ridges is crossed by unusual rays. But if the ridges blocked the rays that would mean the rays weren't deposited from high angle ballistic trajectories, but travelled at very low angles, essentially across the surface. That is not the way most rays are formed - the secondary craters along the rays argue for ballistic trajectories - so perhaps Kepler really did result from an oblique impact. What do you think?

Chuck Wood
Sorry for the April 1 scare - I survived without even having to buy a leather jacket.

Tomorrow's LPOD: Half a Basin