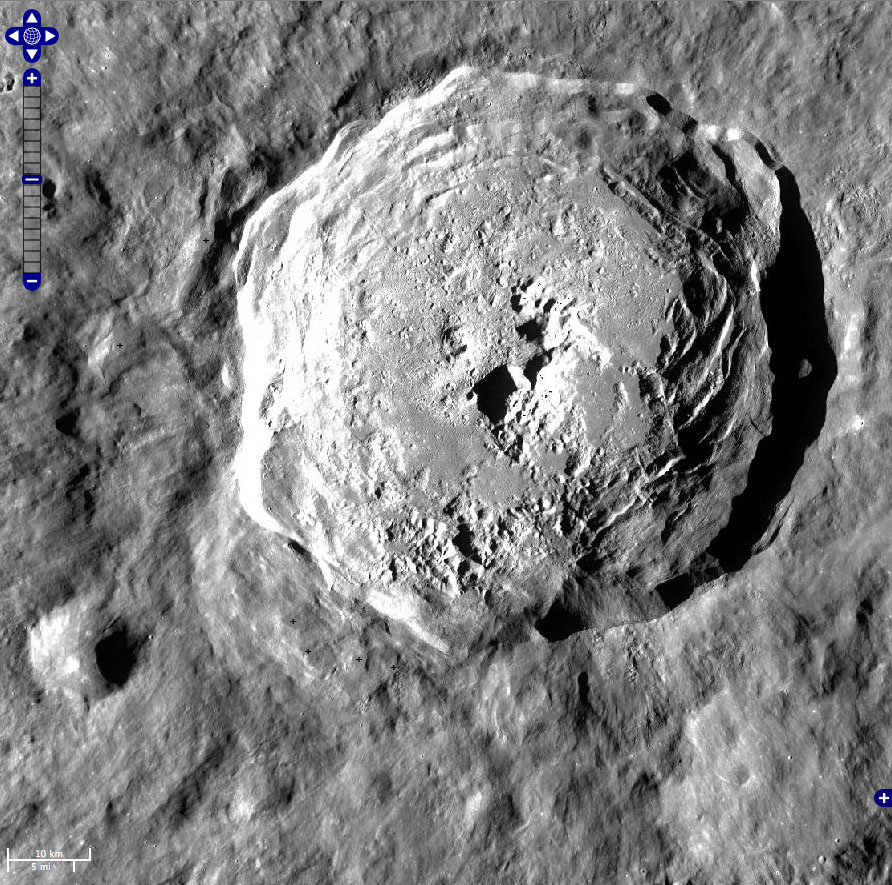 Do you want to discover something that no one has ever seen before? All craters create impact melt when they are formed, with the quantity increasing with crater diameter. In 1977 B. Ray Hawke and Jim Head published a list of craters with impact melt on their floors and outside their rims. Now amateurs have the opportunity to greatly update that list using the Lunar Reconnaissance Orbiter WAC mosaics. The farside of the Moon was covered with a patchwork of often poor images in 1977 so Hawke and Head (HH) noted only 13 farside craters with melt. Today, while creating a list of the HH farside craters I prowled around the farside using the LRO Quick Mapand discovered three more melt craters. Of course, two of them were not unexpected. Jackson (above) and Ohm are large craters with bright ray systems and thus are young; older craters have their melts degraded and broken up by the continuing rain of meteoroid bombardment. Jackson has melt along the southern, eastern and northeastern edges of its floor, and also four small ponds (marked with black pluses) in low spots in the older crater overlapped by Jackson on the southwest. Two other ponds are to the west. I added Jackson, Ohm and Mandel'shtam F to the HH list and invite you to search for, discover and add more impact melt craters. A good strategy is to look for bright craters in Clementine and then find them on the Quick Map. Or you might just browse through the Quick Map looking for sharp-rimmed craters. Discoveries don't count unless they are entered on the impact melt craters page. I imagine that there are dozens of farside impact melt craters to be found and added to the list. Happy hunting.