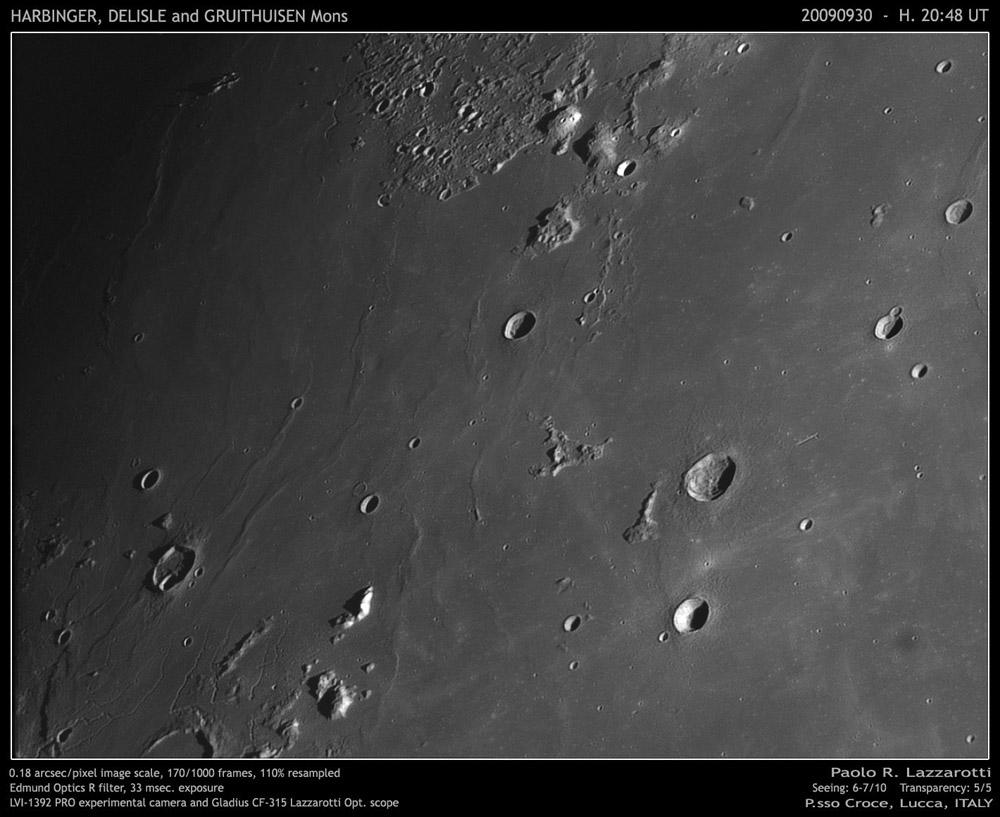 Paolo calls this an area of lonely mountains, and his poetic term captures the essence of a mystery. Where is the western rim of the Imbrium impact basin? It is remarkably different from the east side, which is starkly defined by the towering Apennine Mountains. The Apennines are the rim of the giant basin, but the rim is drastically lower on the basin's south side (the Carpathian Mountains) and is mostly marked by ejecta on the north. But to the west the basin rim essentially doesn't exist. From this perspective the Inbrium Basin is like the Iridum crater, whose entire southern rim is missing. In the case of Iridum the crater formed on the edge of a deep basin and either its southern rim formed much lower and was covered by lavas, or it was faulted down and is covered by lavas. Did the same thing happen to Imbrium? The western curved edge of Oceanus Procellarum has been postulated to be the rim of an ancient Gargantuan or Procellarum Basin, 3200 km in diameter. Many lunar scientists doubt the existence of this putative old basin, but even if it didn't exist the Procellarum area, before flooding by mare lavas, was low, so that perhaps the Imbrium rim on this side was also low. In this case the few lonely peaks such as Delisle Mountain are abnormally high portions of Imbrium's western rim that poke up out of the thick pile of mare.