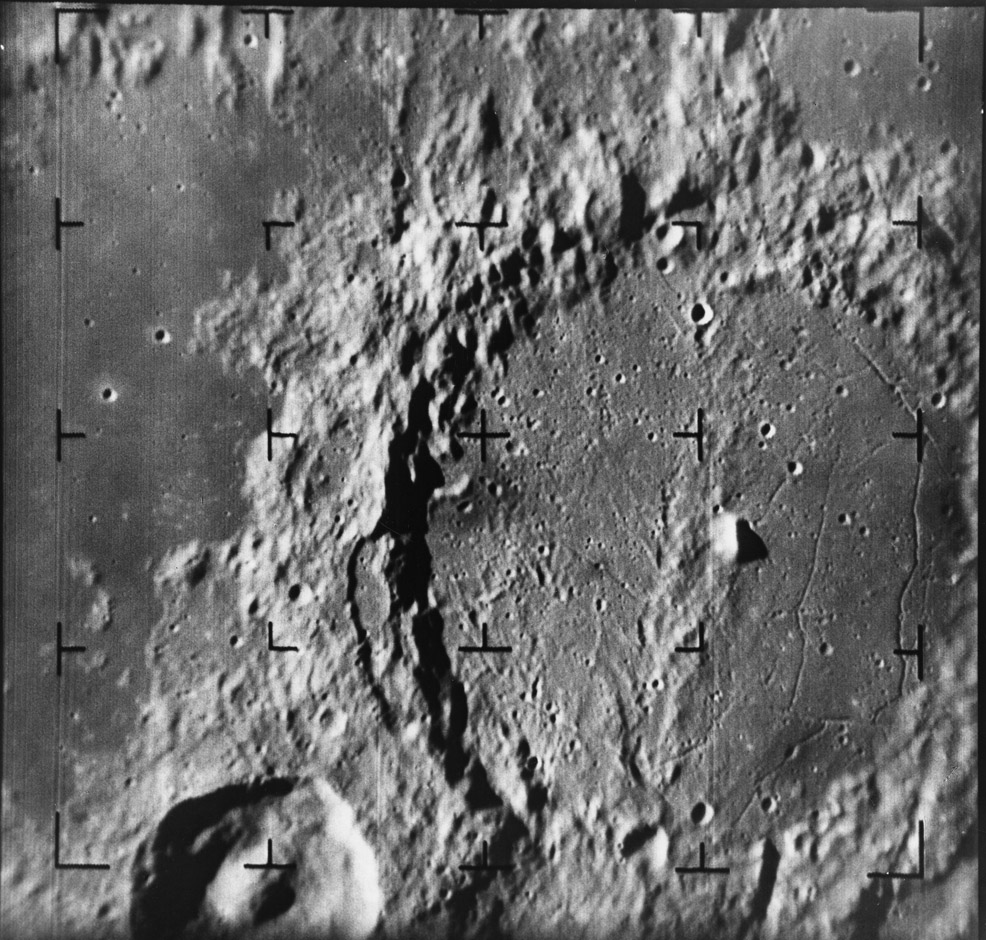 Ranger 9 A043 image from Ranger Photographs of the Moon, scanned by LPI

The first contact with the Moon was Luna 2 which crashed as planned in Palus Putredinis. Spacecraft that made such planned crashes soon became known as hard landers because they had no capability for the gentle touchdown that the word landing usually implies. Luna 2 was a triumph technologically and politically, but provided little science. None of the Luna hard landers (is there a phrase hard missers, for those that totally missed the Moon, like Luna 1?) apparently did not carry cameras. Cameras were the main payload of the nine Rangers America launched towards the Moon in the mid-1960s. Like the Soviets, problems plagued the program which ultimately ended in the three successes of Rangers 7, 8 and 9. These hard landings provided wonderful series of ever-closer views of the lunar surface, with the last frames only partial, marking the instant of impact. Ranger 9 was the most dramatic - after two somewhat boring missions to maria - coming down in the eastern floor of Alphonsus, near the volcanic cinder cones called dark halo craters. And it was broadcast live on national television - now that was dramatic!

Technical Details
I heard that Alika Herring made some of the mirrors for the Ranger cameras - anyone know if that is true?