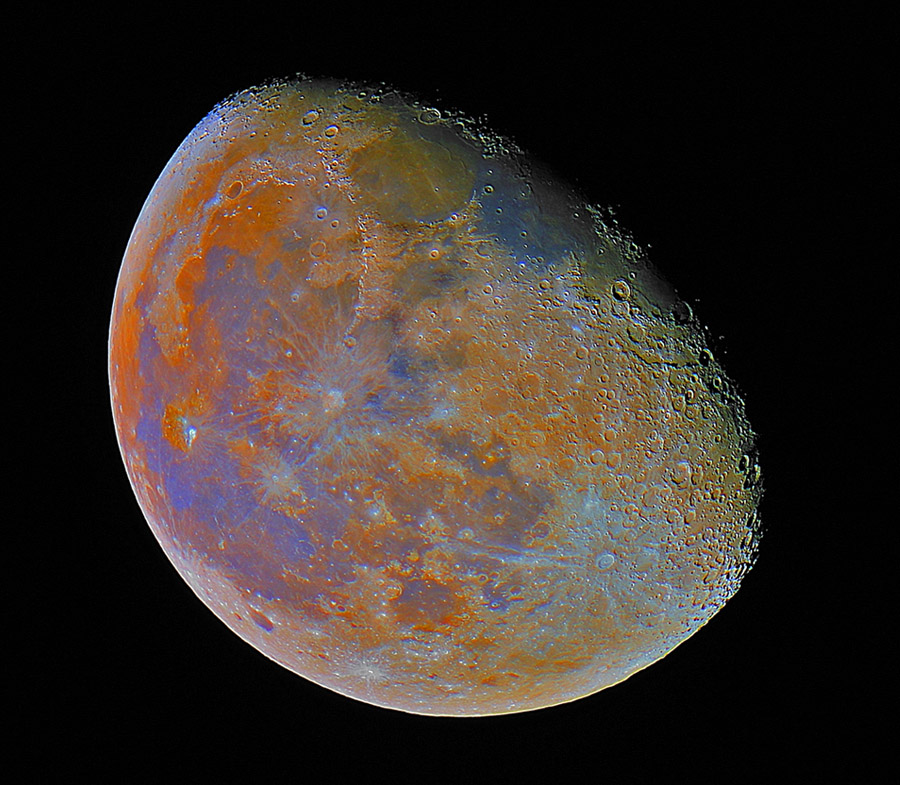 Color enhanced images reveal the now familiar differences in elemental compositions of lunar maria. The most extreme are the highly contrasting lava flows in Mare Imbrium. But what is going on in the highlands? Almost none of the professional astronomers have tried to map color differences in the highlands simply because they are so much more obscure. We can see that the bright rays of Tycho seem to be brighter than rays from Copernicus and Kepler, although those from Brygius may be as intense. Presumably these differences relate to the maturity - the amount of weathering of initially bright material - of the different rays. Looking more broadly, most of the highlands are shades of orange, but we know they are not basalts like the bright orange material in Imbrium. There are differences in orangeness, but most seem to not relate to crustal composition. For example, the gray area in the highlands surrounding Tycho must be due to dusting by its rays. The bluish cast of the area south of Nectaris is probably due to the low angle of illumination, which would need to be corrected for before being interpreted as real. The highlands are compositionally monotonous - with the filters applied so far. With the many different wavelengths that have been and are being used to map the Moon over the last 2 years it will be exciting to learn if real highland compositional differences will be mapped. Stay tuned.