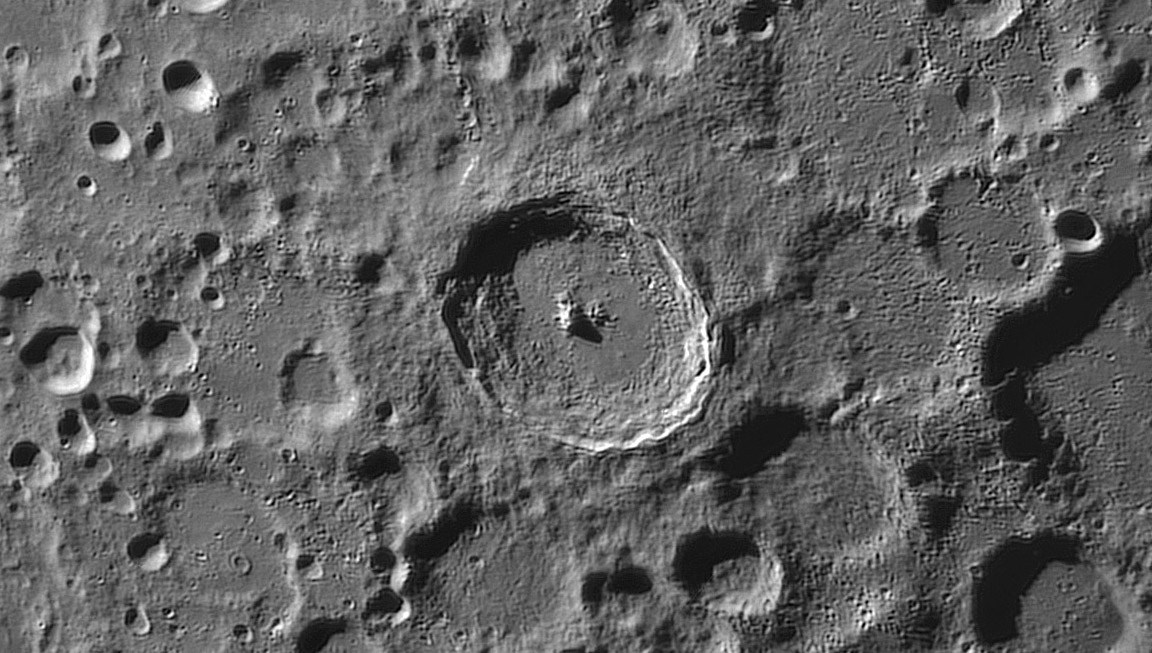 I try to learn something from each lunar image. Often it pops right out, because the lighting reveals a feature in a different perspective than I've noticed it before. In George's spectacular Tycho image I see two features freshly, and one new understanding emerges. If you look beyond Tycho's impact melt-covered floor, beyond the rim, the beginning of its odd crater chain is visible at top center. This secondary crater chain extends two to three times further outside this image. It is unusual because it so close to Tycho - most secondary chains start further away from their primaries, its craters don't look like normal secondary craters, and it is decidedly non-radial! A second newly appreciated feature occurs near bottom left. A small crater, partially within another rim, is on the floor of Street M. This looks like half a concentric crater, because only half of the outer rim exists. Do you see it? Is it a chance impact that destroyed the right half of a pre-existing crater? I don't know. But I do now understand something I hadn't thought to explain previously. George's image graphically shows hundreds of grooves and pits to the east (right) of Tycho, and very few to the west. This is not just a lighting effect - the terrain west of Tycho is simply less textured by ejecta. This makes sense because Tycho was formed by an oblique impact with the projectile coming from the west, and most of the ejecta was carried down range.