Difference between revisions of "January 20, 2014" 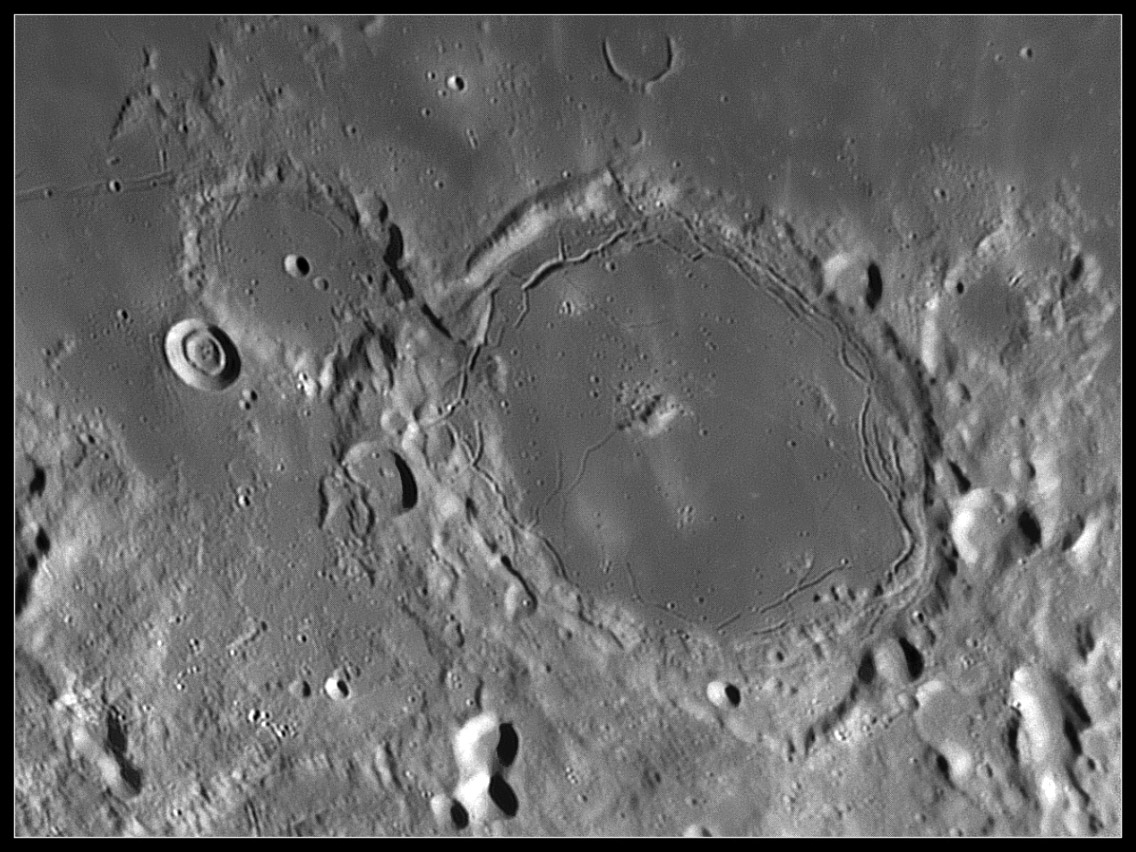 
I was going to write about the concentric rilles/fractures in Pitatus, including the puckered (uptilted) one near the north rim, the ghostly part of the Hesiodus Rille where it crosses the rough terrain north of Hesiodus, and of course, the tri-peaked concentric crater Hesiodus A. But then I ran some profiles with the LRO QuickMap topo tool and discovered things I never suspected about Pitatus. First, the pucker isn't what I thought. For years I have interpreted it as a rille that had uplifted edges on both north and south sides, but its not. The profile to the left shows that the side facing the center of the crater isn't uplifted at all. That part of the floor is flat and it drops 400 m to the bottom of the rille and then rises only about 200 m to its north wall. But that north wall drops almost another 400 m into a trough between the rille and the crater rim. Profiles show that the rilles on the north and east parts of Pitatus are generally like this - the rilles mark the bending/fracturing points where the flat floor dives down 500-700 m to the trough. Was the center of the floor uplifted, causing the fractures, or did the crater edges subside?

A more unexpected discovery is that the floor of Pitatus is no where near flat. The right profile is a traverse from north to south to the right of the central peak. The floor rises from the northern trough to a rounded flatness and then dives down into a wide depression the occupies the entire south half of the crater floor. If you look at Damian's image you'll notice a faint NW-SE diagonal rille - that is where the depression starts, a hinge line. The hole is about 50 km wide and 400 m deep. Profiles in other directions confirm this monster feature, and yet there is no visual sign of it. Does it show up in very low Sun views? Is it real or a defect of the LRO topo? Strange.

Tomorrow's LPOD: This Time Topo Confirms What We Believe