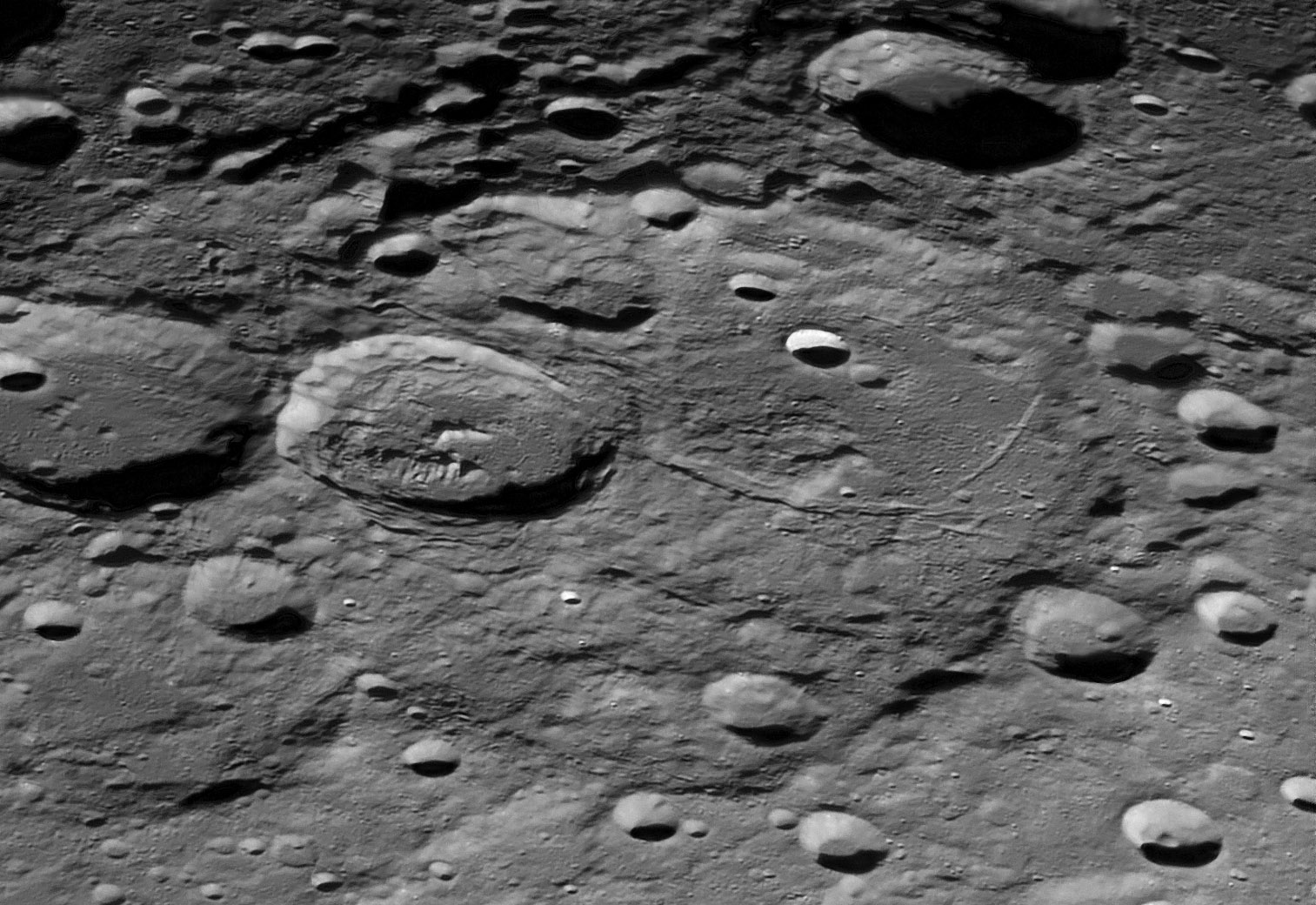 Not since Wes' previous image have we had such a revealing view of this complex region. Fabricius, the large crater on top of Janssen has a poorly understood U-shaped mountain range. It presumably is debris that slid down from the walls - in fact, on the farside the debris is still adjacent to the wall, as in most craters. But on the near side it is separated, and it also looks structured rather than like a chaotic mound of slumped material. The small rille on the south end of the floor may be a crack in an impact melt pond, rather than a volcanic feature. The relation between Fabricius and the broad rille in Janssen is unexpected. Because the rille cuts the rim of Fabricius, the rille must have formed more recently than that crater. The lack of a bright nimbus and rays suggests that Fabricius is older than a billion years so perhaps it is as old as 3.5 billion years, when most of the Moon's normal rilles formed. But still there is no obvious reason why it should have formed, and I don't know.


Yesterday's LPOD: Somewhere Over the Rainbow