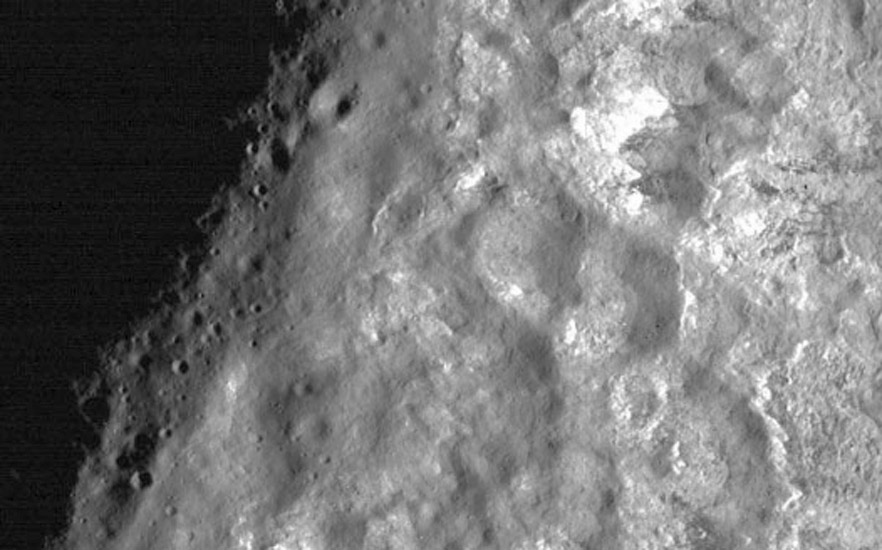 Fifty years ago this image would be cited as irrefutable evidence that lunar craters were volcanic in origin. Of course, such high resolution closeups as this LRO Narrow Angle Camera view of part of the rim of Bürg crater were not available then, and the understanding of rim dynamics was also missing. The line of small craters along the left margin of the illuminated area - and their nearly complete absence across the rest of the image is such a non-random distribution that could only occur if a fracture, such as occurs along a volcanic rim, allowed magma to escape, forming a series of volcanic pits along the rim crest. The bright right part of the image is the relatively steep slope of the crater wall from the rim (left) towards the crater floor (out of sight to the right). Unfortunately for the volcano theory, all of the craters along the ridge crest are impact craters - the fact that they are not random in occurrence is a result of the rapid destruction of nearly all of the impact craters that formed on the wall slope (notice the convoluted patterns of downslope movement?), and the preservation of the ones that happened to form along the relatively flat rim crest. This is a case of differential preservation rather than non-random formation.