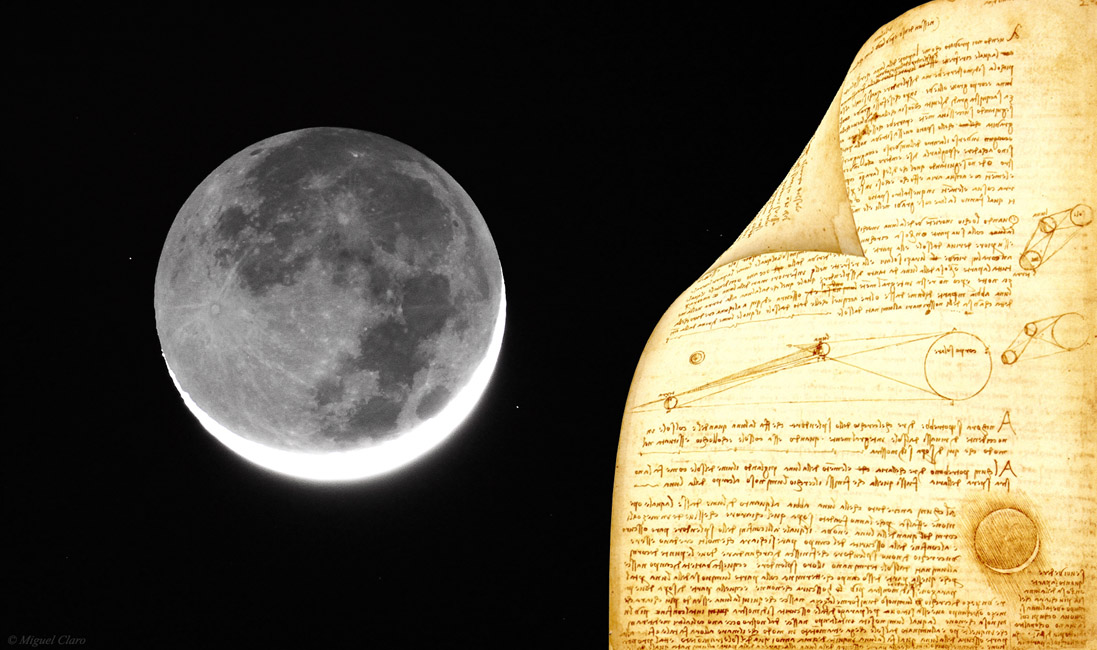 Seems that this February 1st, the Moon was almost Full and the calendar was wrong…or maybe not? Actually it was right, in this smile view of the Moon captured from Almada, Portugal, I could see the night side of the Moon very well illuminated by the Earth reflected light, like if it was Full Moon. This impressive phenomenon, known as Earthshine, was described and drawn for the first time, by the great Leonardo Da Vinci about 500 years ago on his book Codex Leicester. Leonardo da Vinci explained the phenomenon in the early 16th century when he realized that both Earth and the Moon reflect sunlight at the same time. Light is reflected from the Earth to the Moon and back to the Earth as Earthshine.