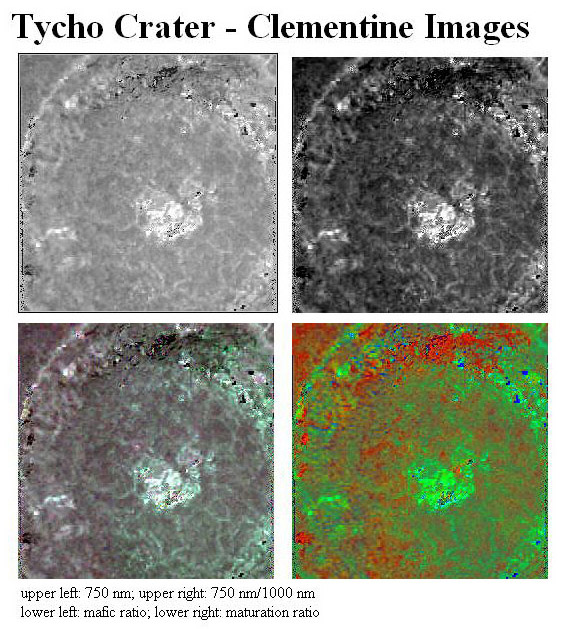 Rick noticed a reticulated pattern on the floor of Tycho and so he processed Clementine images in various ways to investigate it. We know that Tycho is a very young impact crater - only about 100 million years - so it is very unlikely that it could be volcanic flows. But it is something that appears to have cracked. Long ago Lunar Orbiter V showed the floor in extreme cloesup, revealing chaotic mounds and a surface like swirly elephant hide. And then Kaguya took us sweeping over the surface, showing cracks and hillocks. But it has really taken the surper high res LRO images to show that cracks like Tycho's occur in other craters. But only in the freshest craters on the Moon because the impact melt and its cooling contraction cracks are fragile and easily destroyed by meteorite bombardment.

Chuck Wood
OT Note: WV National Public Radio conducted an interview about the new Selene videogame we are developing at my university.