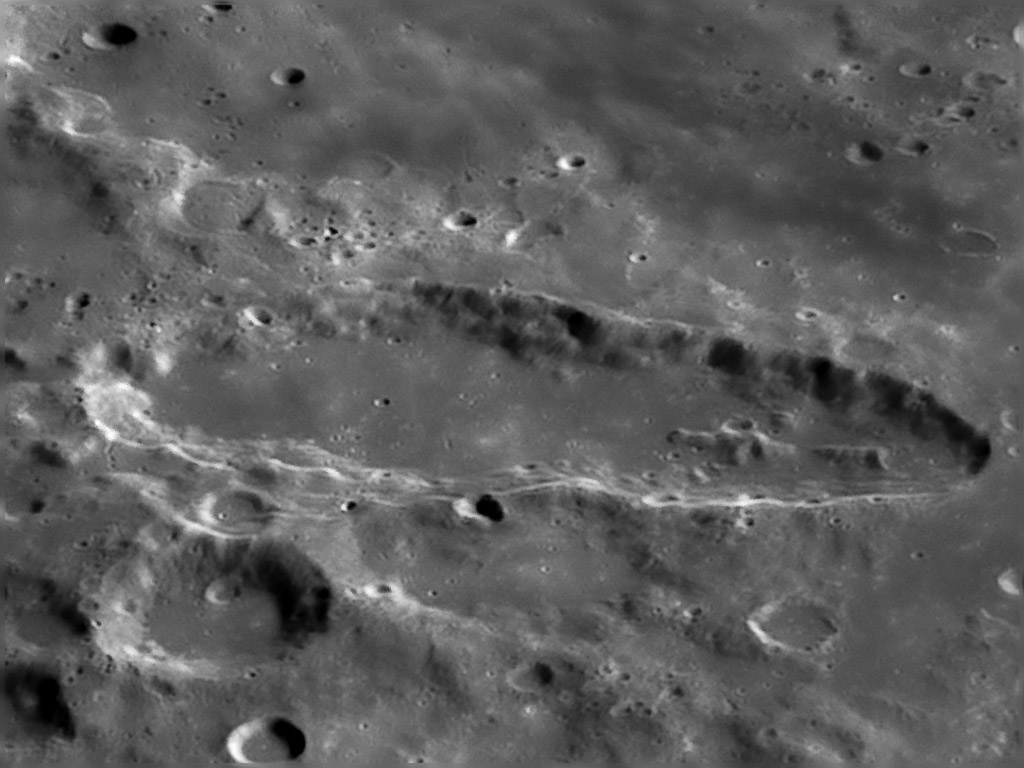 image by Alex Sanz, Ayllón, Spain; north to the right

What is the surface of the Moon really like? Dramatic views with long shadows tricked 19th century observers into thinking it was full of spires, steep walls and a now infrequently used word, asperities. Seeing the Moon at full suggests a bright flat world of varying tonalities. There are few steep places, and as Apollo ground images showed, much of the surface is rolling and rounded, smoothed by billions of years of small scale impacts. This image offers a different way that the lunar surface sometimes appears. The surface has a tonal flatness, but the craters and hills are chunky, like massive constructs comfortably settled into the landscape. Nearly all the features we see in telescopic images are so large that they would disappear if we were on the ground. The expansive holes would become broad gentle depressions. This image conveys that feel.

Tomorrow's LPOD: Phases in the Classroom