Difference between revisions of "December 8, 2007" 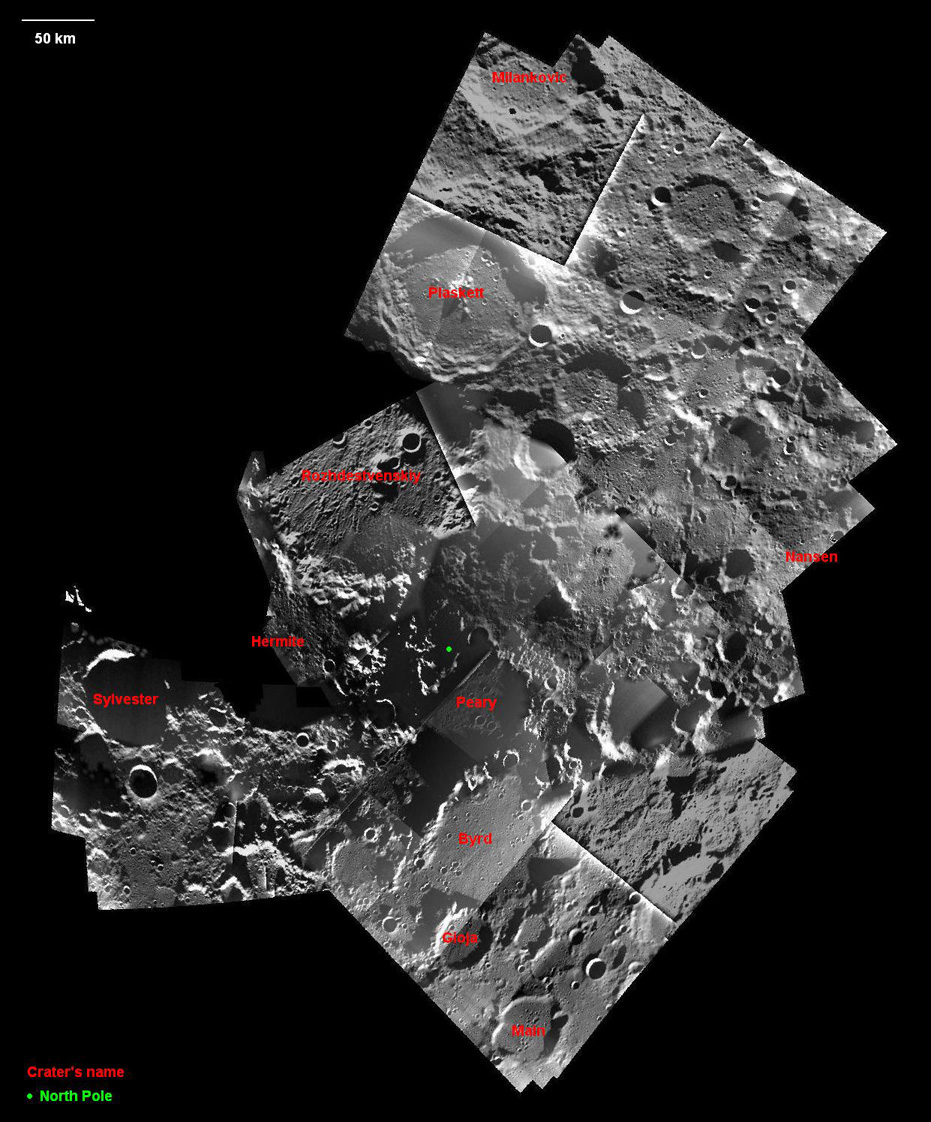 SMART-1 mosaic compiled by Marina Ellouzi of the Paris-Meudon Observatory. Image from ESA

The lunar north pole is the least glamorous one, lacking the deep craters and massive mountain blocks (the South Pole-Aitken Basin rim) that make the opposite pole so rugged. The reason for the lack of dramatic topography is the presence of another large basin. When the Imbrium Basin formed it dumped vast amounts of ejecta in every direction, including to the north. Much of Imbrium’s ejecta has been covered by nearside maria but it is exposed filling many of the craters between Mare Frigoris and the pole. In her nearly 30 year old north polar geology map, my friend Baerbel Lucchitta mapped Imbrium ejecta as far north as Byrd, Peary and Hermite. And ejecta from the slightly older Humboldtianum Basin reached at least as far as Nansen. So except for the younger crater of Plaskett, nearly everything here has been sanded and shallowed by basin debris. This working mosaic (put together by a lucky graduate student!), compiled from SMART-1 images taken at different times (note the changes in show directions), shows how unspectacular the area is. Lacking volcanism there are no interesting small features such as domes, sinuous rilles, or dark halo craters. But there may be a morphologically boring prize near the green dot of the pole. Water ice, captured from comet impacts, may line some of those ever-dark craters, and some of their rims may be places to capture solar energy nearly every day of the month. What more could you want for a vacation get-away?

Technical Details:
Here is a large image without the names -click to enlarge.

Yesterday's LPOD: Which Way is Downslope?