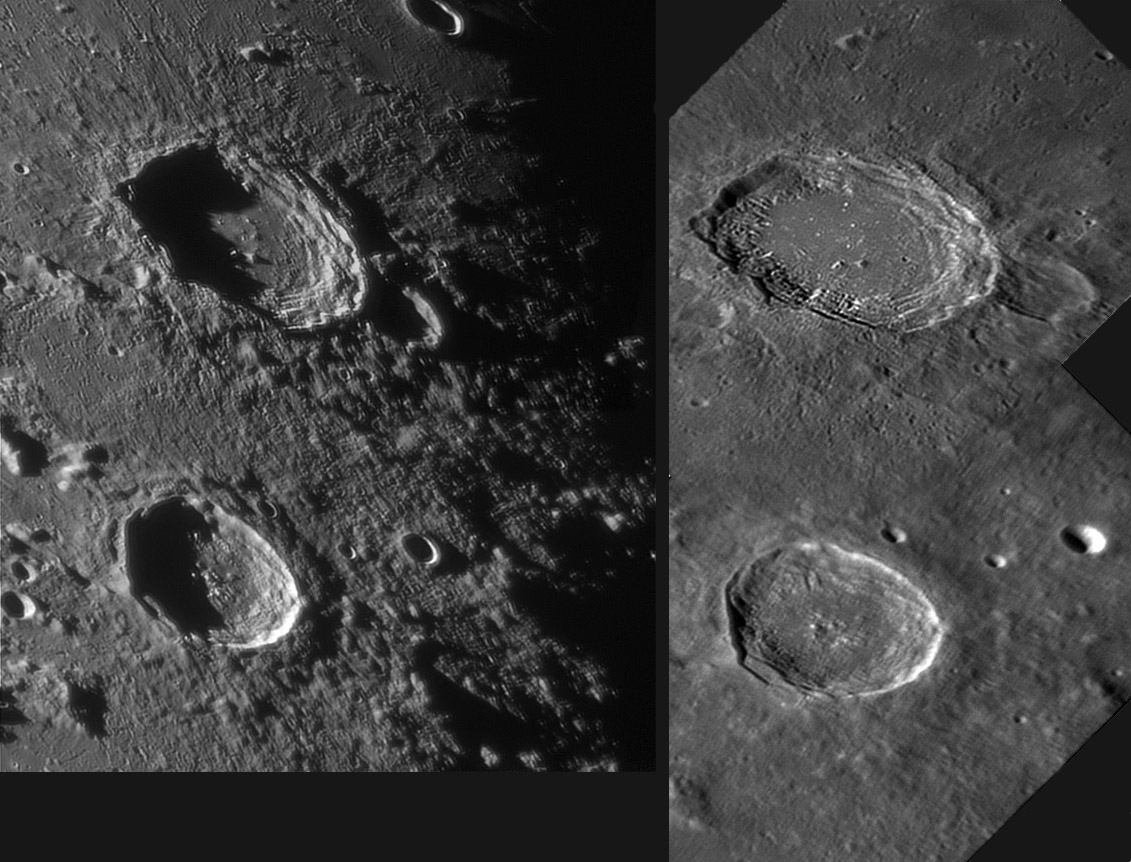 Yet another image - actually two - of the vertical pair of northern Greek craters, Aristoteles and Eudoxus. (The nearby horizontal pair of Greeks is Atlas and Hercules.) With nearly a dozen previous LPODs of one or both of this duo what can we say new, other than to admire the sharpness and tone of the low Sun view? Look at the shape of the shadows in the two images. In Eudoxus (bottom) the shadow cuts across the floor in a relatively straight line. But the shadow in Aristoteles curves strongly, not being as long in the middle as on the ends. Why is that? Is the western rim low? Is the center of the floor higher than the edges? I want to challenge you to investigate this question. Using LTVT it is possible to measure the depth of Aristoteles and Eudoxus on a series of images to create topographic cross-sections of the floors of these craters. There are some difficulties to completing this project; for example, the times of some of the images are missing (maybe Jérôme can supply it for the low Sun view here). Shadows on different images are cast by different portions of the rim, which are visibly not all at the same elevation. Don't neglect the high Sun view which also provides useful information. There is an odd nick in the western rim of Aristoteles, but is it lower than the rim segments to the north and south? Looking can hint, measuring can tell. Here are some previous LPOD’s you might want to investigate:
Jan 20, 2007; June 18, 2004; Feb 27, 2008; images that show this crater pair. I hope someone lets us know what is going on with the rim - or floor - of Aristoteles!