Difference between revisions of "December 28, 2018" 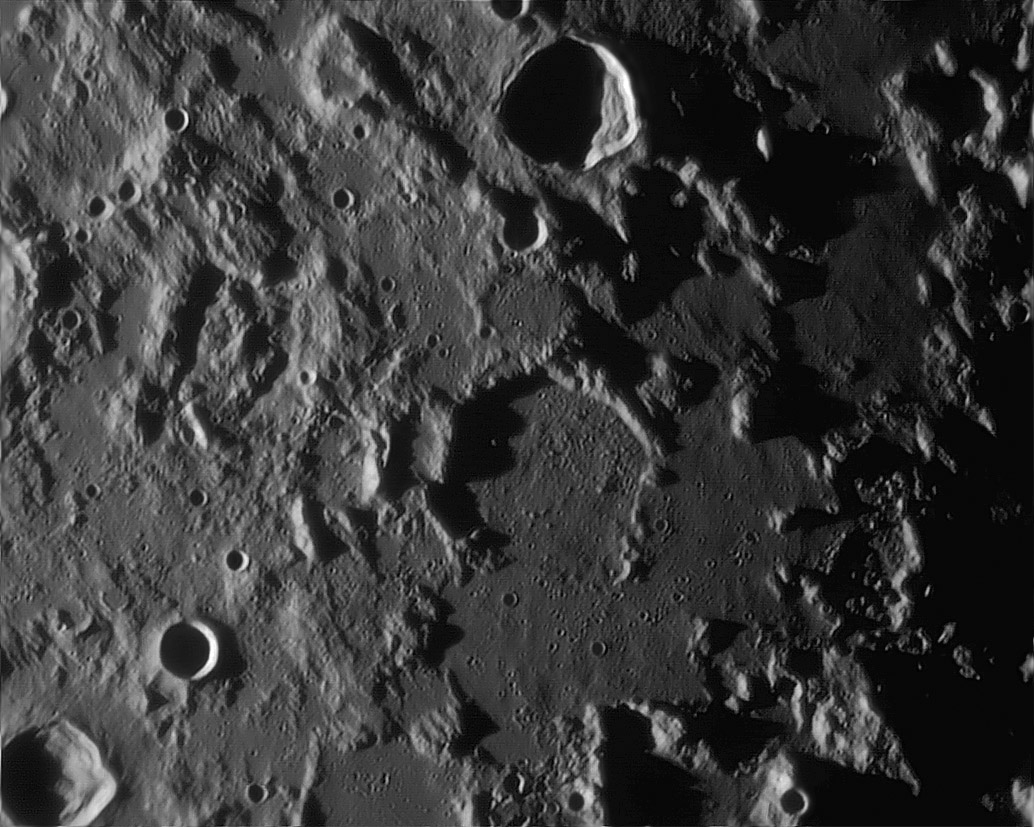 One day, 3.85 billion years ago, Lade was basking in the Sun, feeling the warmth of the radiation on its terraces, floor and central peak. But then the light from the Sun was blocked as a 50 km wide mountain blinked across the sky and disappeared over the horizon to the northwest. At first there was nothing, but then a giant geyser of rock and dust shot miles into the sky. Then a terrific shock reached the crater, immediately collapsing Lade's terraces into massive mounds of debris on the crater floor. At the same time billions of tons of pulverized material began falling out of the sky, filling in the crater and all the nearby low spots. The constant shaking sifted it into smooth surfaces like a flow of liquid. And thick, pasty horizontal avalanches of mountainous material surged across the surface crushing and coating everything. The shaking continued for thousands of years, gradually tapering to a whisper. What had been was destroyed, covered, shredded by flowing debris, walls bull-dozed into nothingness. Over time the calamitous process repeated but on infinitely smaller scale, as Horrocks and Pickering formed to the southwest, and finally, Godin finished off the nearby bombardments. Wisps of ejecta fell and echos of earlier quakes happened over the last billion years as Theophilus, Copernicus and Tycho formed. The last hundred million years have been quieter, but what does it matter, there is little of Lade to disrupt any more.


Yesterday's LPOD: The Moon in Your Hand