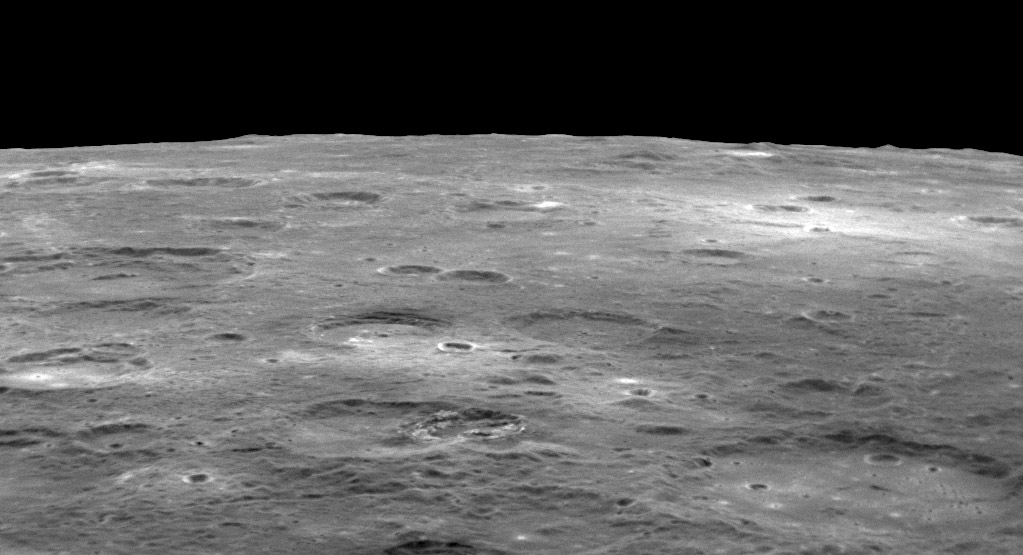 This limb-looking view illustrates the first stage of something we often see and wonder about. In the foreground a younger 35 km wide crater formed on the rim of a larger (65 km) pre-existing one. Both craters are unnamed - the larger one is at 31.7°S, 57.1°E. Because it formed on uneven terrain the younger crater tilts into the floor of the older one. Imagine how this would look if lava welled up in the floor of the larger crater, as in Plato or Archimedes, or on the edge of a basin. The lower rim and most of the crater floor would be covered by lava, with only the right rim visible. Seen from above we might not notice the downward dip of the rim, but this oblique view shows it clearly. Is this what Fracastorius, or Sinus Iridum or the half crater surrounding the Straight Wall looked like before the lavas flowed?

Tomorrow's LPOD: Seeing in the Dark