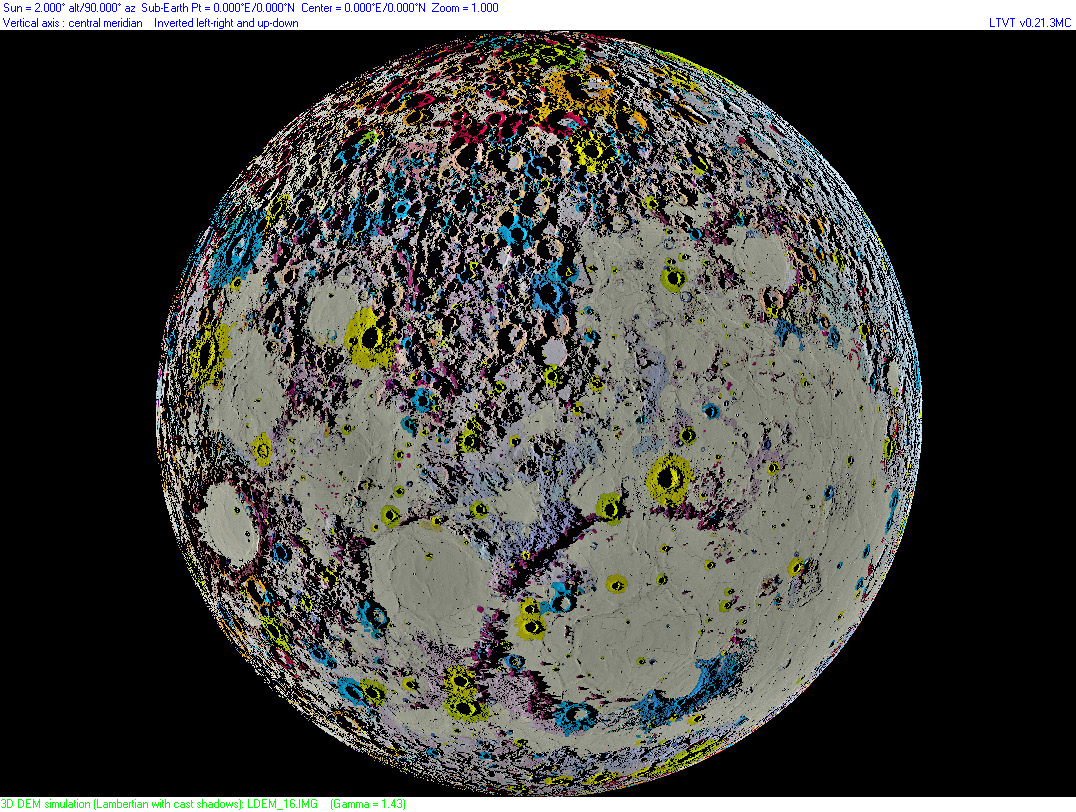 A few days ago when I saw Maurice's draping of the old (but only one that exists) USGS geologic map of the Moon over a digital terrain map created with Jim Mosher's LTVT using the LRO laser altimetry data, I realized how helpful combining data sets can be in understanding our satellite. But I noticed that away from the terminator the DTM accurately showed no shadows and hence it was hard to compare geology with topography. I asked Maurice if it would be possible to use LTVT to depict the DTM with a constant Sun angle across the Moon. Jim modified LTVT for Maurice to do that and, presto, we have the lunar nearside geology superposed on a topo map with 2° illumination everywhere. The highlands are very reminiscent of the old Nasmyth plaster models that exaggerated the relief of craters. But this is the actual, but impossible, way the Moon would look if everywhere could instantaneously be illuminated with a low Sun. The yellow and green colors indicate the post-mare craters, and clearly they are not evenly distributed across the nearside; the only large ones in the upper-right quadrant are Tycho and Bullialdus. The map also shows two long ridges defined by shadows - they cross just above and to the left of Eudoxus. Are they real or eye-fooling imaginary lines?


Yesterday's LPOD: Every One a Winner

Tomorrow's LPOD: A Lovely Conjunction Between the Moon, with a Colorful Corona, Mars And the Beehive Open Cluster