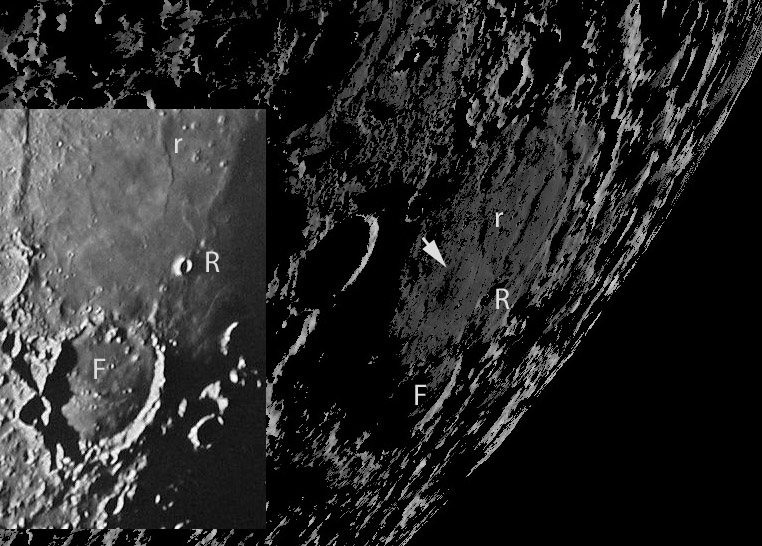 With every new data set, new things are discovered. Maurice, the explorer of high-res altimetry data, has noticed a dimple near the center of Mare Nectaris. It is to the northwest of Rosse, with an arrow pointing to it. There are two questions - is it real and what is the explanation? In looking at a variety of telescopic images - the best one being the Consolidated Lunar Atlas insert above left - there seems to be little evidence for its existence. But the digital terrain model (DTM) with only one half degree illumination does seem relatively convincing. As to what it is, my first thought was perhaps an inner basin ring, but it is off-center and too small. I wonder if it is an impact crater that formed on the floor of the newly formed basin and later was completely inundated by mare lavas. The thickness of the Nectaris lava is estimated to be about 1 km, just barely enough to cover a crater like this. So it is possible and I guess likely, that that is the explanation. Until other evidence shows up to suggest otherwise.