Rocket To the Moon 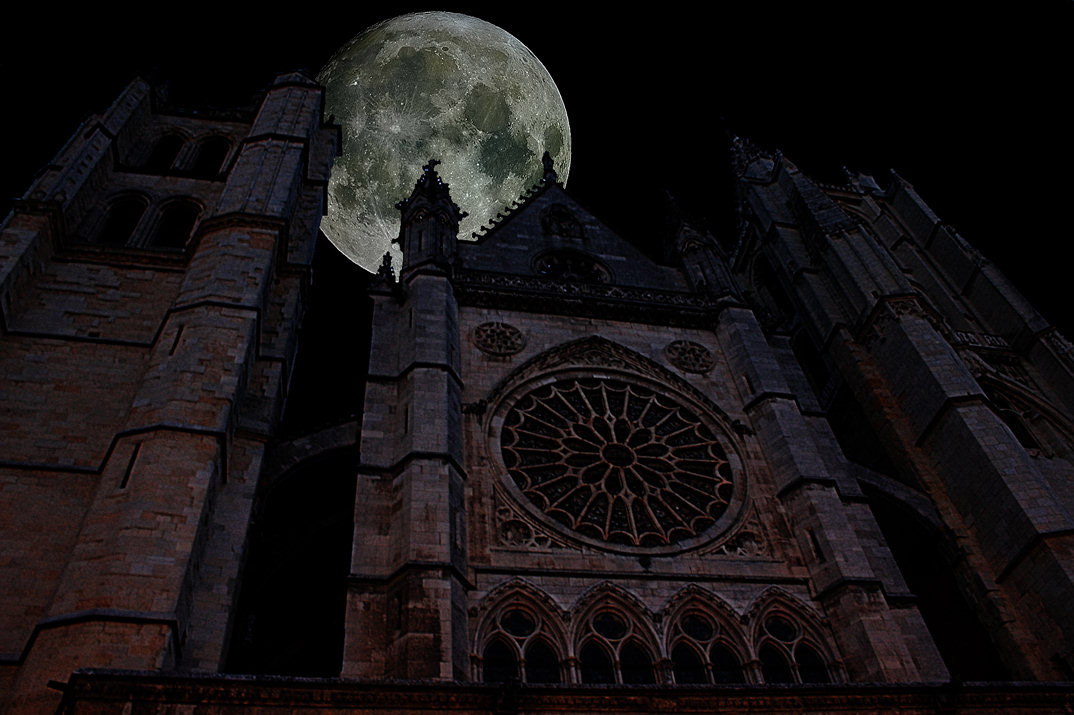 The invasion was stealthy, done over a few hundred years in the early middle ages. Through brain control, Earthlings were taught how to construct giant cathedrals, as unknowing skins for our spacecraft. The towering columns sheath our ancient rockets, and the large rose windows are actually navigation computers. To maintain constant access to the ships away from the public eye our people have become priests and tour guides - we are always visible but never looked at, so the subtle differences of our ears and noses are never noticed, and we never remove our shoes. Although we have waited quietly for hundreds of years, our ships pointed toward the mother base within Alphonsus on the Moon, we have heard nothing since March 24, 1965. If we don't receive a command within the next 10,000 years we will assume the mother ship has been destroyed and blast our cathedrals heavenward, searching for a new home.
Chuck Wood


Yesterday's LPOD: A Flash in the Night