Flows of a Different Kind 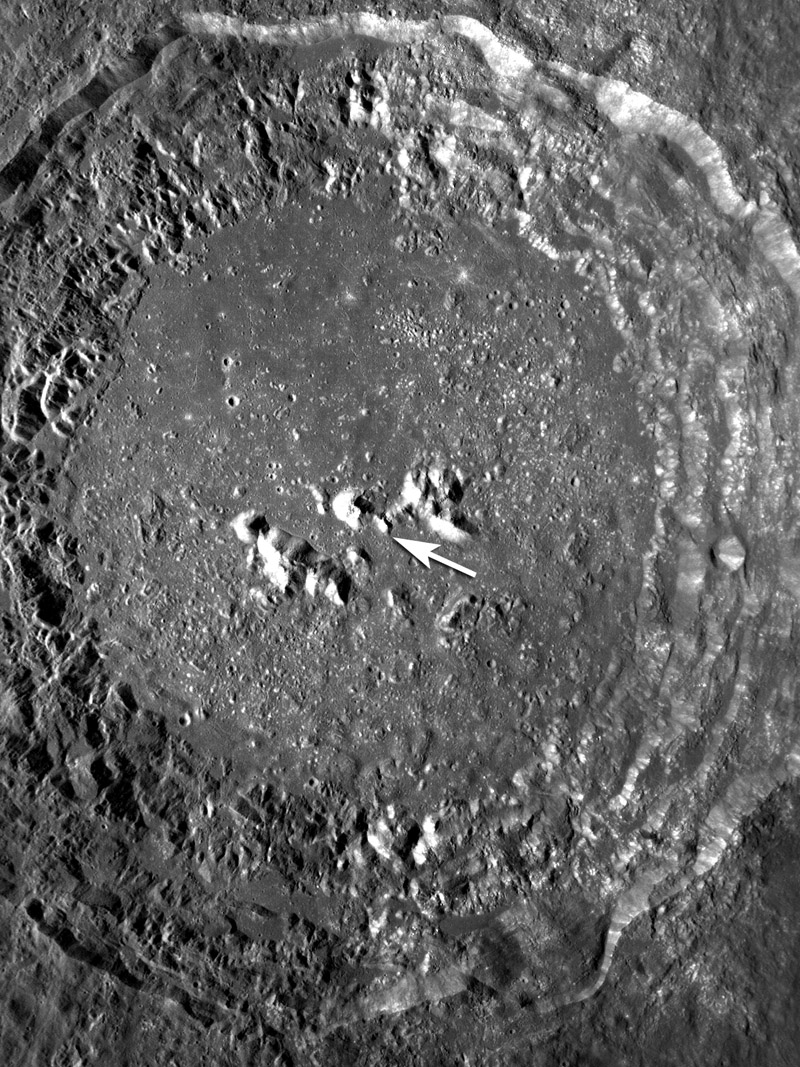 The Narrow Angle Camera of the Lunar Reconnaissance Camera gets all the publicity for its hyper-resolution images of Apollo and Luna landing sites. But I like the Wide Angle Camera views that show large and more familiar landforms. Here is a moderate closeup of Copernicus, from its rim crest to the rubble strewn floor. The arrow points to the area of a NAC strip of the central peaks and floor. I am more interested in what we see here. First is the crater at center right, which had the misfortune of forming on the steep inner wall. You can see that the impact explosion met little resistance on the downhill side so that the crater floor is offset in that direction. Another obServation: In many places along the rim there are flat, dark-hued ponds. They are best seen at the bottom. This material is impact melt that was ejected nearly vertically and fell back to collect in hollows. At the top of the image you can just barely see where more viscous, presumably from being cooler, melt flowed from a pond downslope to the floor; it is better seen in an old Lunar Orbiter V scene. You can notice the dark, smoother material at the bottom of the wall especially at the bottom, but also around much of the floor. This is melt that flowed from the walls and piled up against slightly higher fallback rubble on the floor. The fact that there is much more impact melt on the northwest quadrant of the floor may be due to either or both of (1) that area of the floor was lower so more melt ponded there, or (2) more melt fell back on the northside - was it a slightly oblique impact? One other detail provides more evidence of the dynamics of the melt. The ridges along the upper left edge of the floor look like high water marks. In Hawaii, lava flows are full of gas when they erupt so that along their edges they cool and are preserved at the height they were before the gases escape and the flows deflate. It looks like impact melts do the same thing.