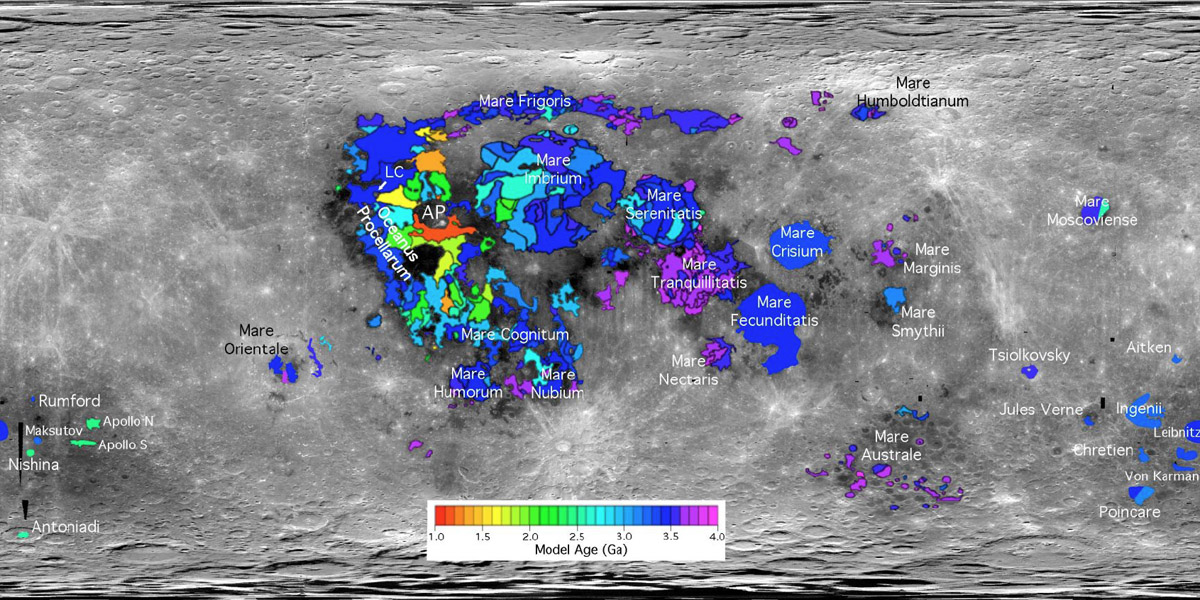 One of the most important pieces of geologic information about a lunar material is its age. The best way to determine when a rock was formed is to analyze it in a laboratory, but we have only been able to do that for a few places on the lunar surface, where the Apollo astronauts and Soviet automated sample return missions brought pieces of rock to the Earth. The ages from those nine locations have been critical, however, for they allowed the calibration of age dating estimates derived from crater counting. An area with more craters is older than a region with few, and the radiometric age dating of samples ties together absolute ages with numbers of craters per square kilometer. This map, compiled from work of Harry Heisinger and a few other crater counters is the best information currently available on the distribution of ages of lunar lava flows. The first thing that is evident is that each maria did not erupt all at one time, for except for Crisium and Fecunditatis each mare has lava flows of different ages. In general, the oldest lavas are in the eastern half of the part of the Moon seen from Earth, and the youngest are in the west, in Procellarum. No one is sure why this is, but it is probably related to the occurrence of greatest radioactivity containing rocks - the Procellarum KREEP Terrain.

Yesterday's LPOD: Wilkins And the Bridge