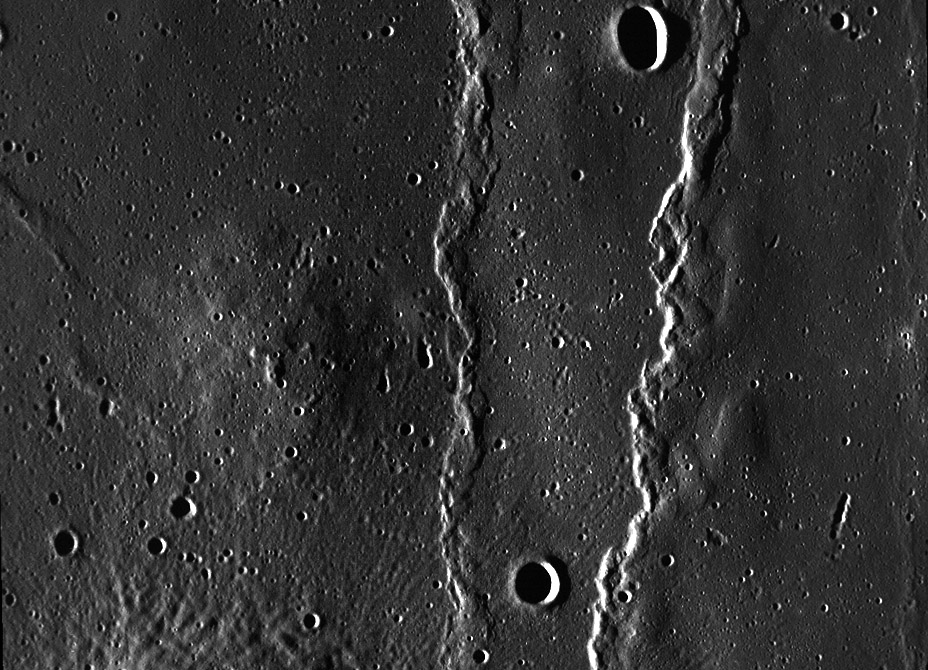 The two domes near the crater Arago are perhaps the easiest to see of the Moon because of their large diameters. The one shown here at higher resolution than I've ever seen it is Arago Alpha, immediately north of Arago (whose exterior rim deposits are visible at bottom left). Alpha is about 24 km wide and 300 m high according to Jim Mosher's measurements. The Arago domes have rugged surfaces, and this image suggests that they are older landforms, embayed by the younger lavas of Mare Tranquillitatis. Alpha is lumpy, suggesting it was not made simply by piling up of relatively fluid lava flows - like the classic flattened hemispheric domes - but is a combination of smaller squat mounds. This implies a more viscous, or perhaps slower moving lava. The Arago domes appear to be intermediate in form between classic domes and the steeper-sdied Gruithuisen Domes; perhaps their chemical composition is also intermediate between the two. If so they would be interesting to sample.