Difference between revisions of "August 1, 2018" 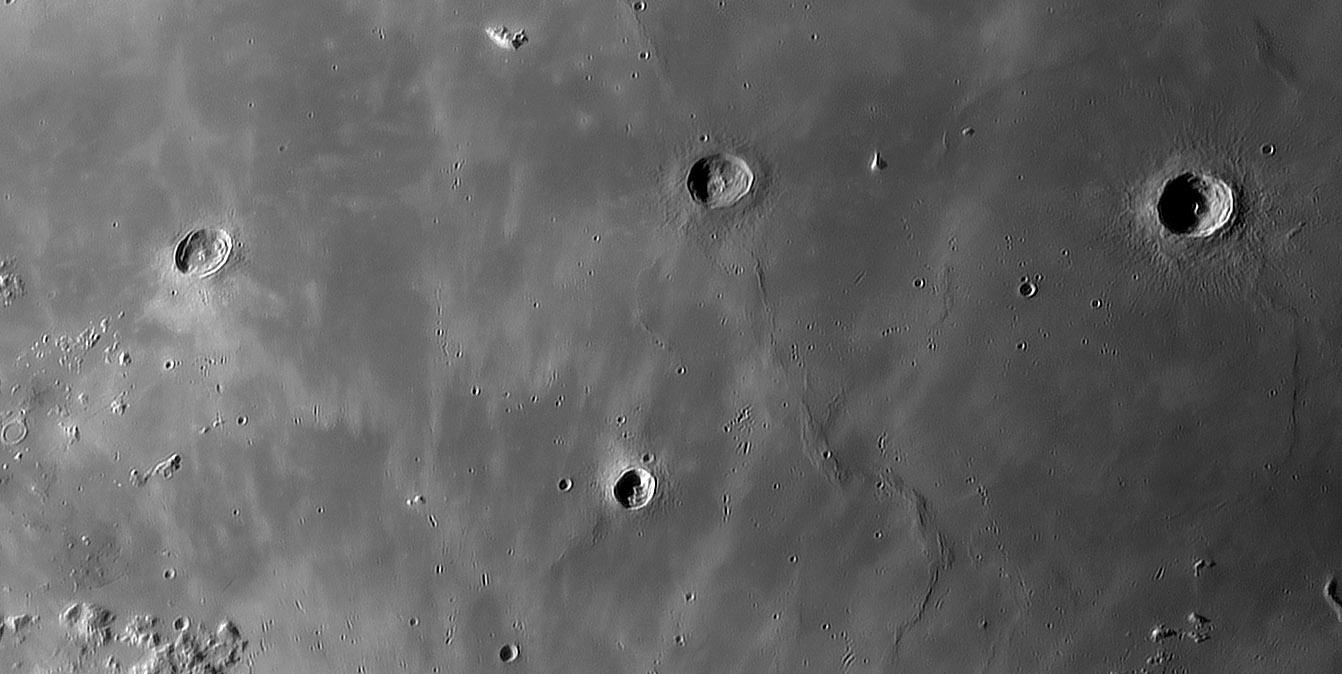 Imbrium is a large mare with few craters. The largest are Archimedes, Autolycus, Aristillus and Cassini, all clustered along the eastern side, outside the inner ring of mare ridges where presumably the lavas are not so deep. A second concentration, this time of medium size craters, lies in the southern third of the mare. From east (right) to west they are Timocharis (diameter 33 km), Lambert (30 km), and Euler (27 km), with little Pythias (20 km) on a line from Lambert and Copernicus. All of these craters are Eratosthenian in geologic age. This means that they are relatively young (probably 1 - 2.5 billion years) but they have lost most of their rays. All are complex craters, with the smallest having scalloped rims and slumps along their floors and the largest have terraces. The ejecta from Timocharis and Lambert are clearly superposed on top of the mare, mostly. In both cases young flows cover small parts of their continuous ejecta. The nearby ejecta of the two small craters is largely covered by Imbrium lavas. Younger than any of these four craters are the secondary craters and rays from Copernicus.