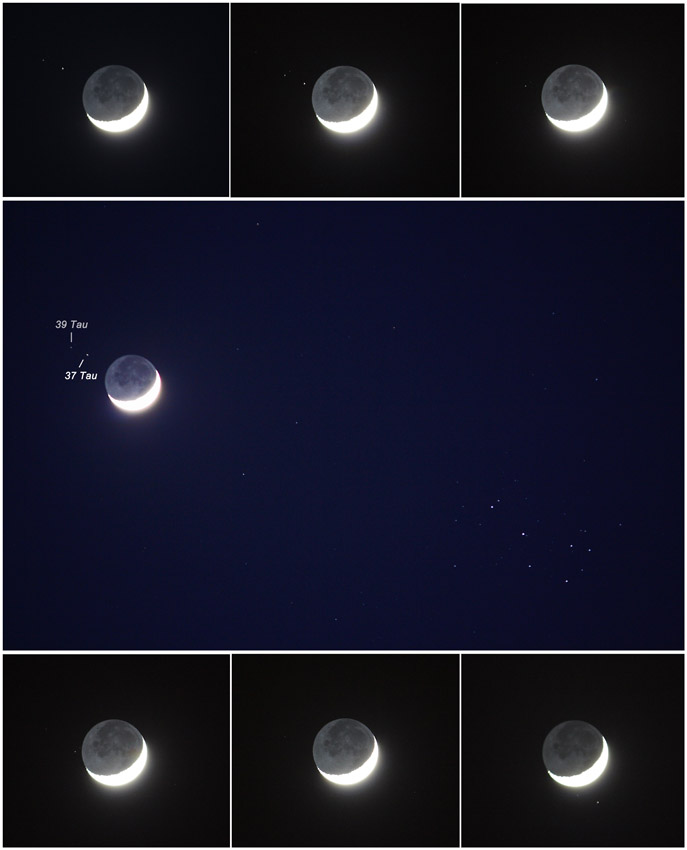 Tonight the waxing crescent Moon was less than 5° from the Pleiades open cluster for a nice conjunction. As a bonus, the sky also offered the occultation by the Moon of two relatively bright stars: 37 Tau (magnitude: 4.4) and 39 Tau (magnitude: 5.9). The attached composite image shows in the central part the conjunction between Selene and the Seven Sisters whereas on the top and botton part (from left to right) respectively the sequence of the occultation of 37 Tau (top) and 39 Tau (bottom) with the final image showing the reappearence of the two stars from behind the illuminated side of the Moon.

" rel="nofollow Stefano De Rosa
Note from CAW: I gave a talk to the Cleveland Astronomical Society Thursday evening. From my home. I had previously emailed them my slides and with Skype we could see and hear each other - a nice use of technology.