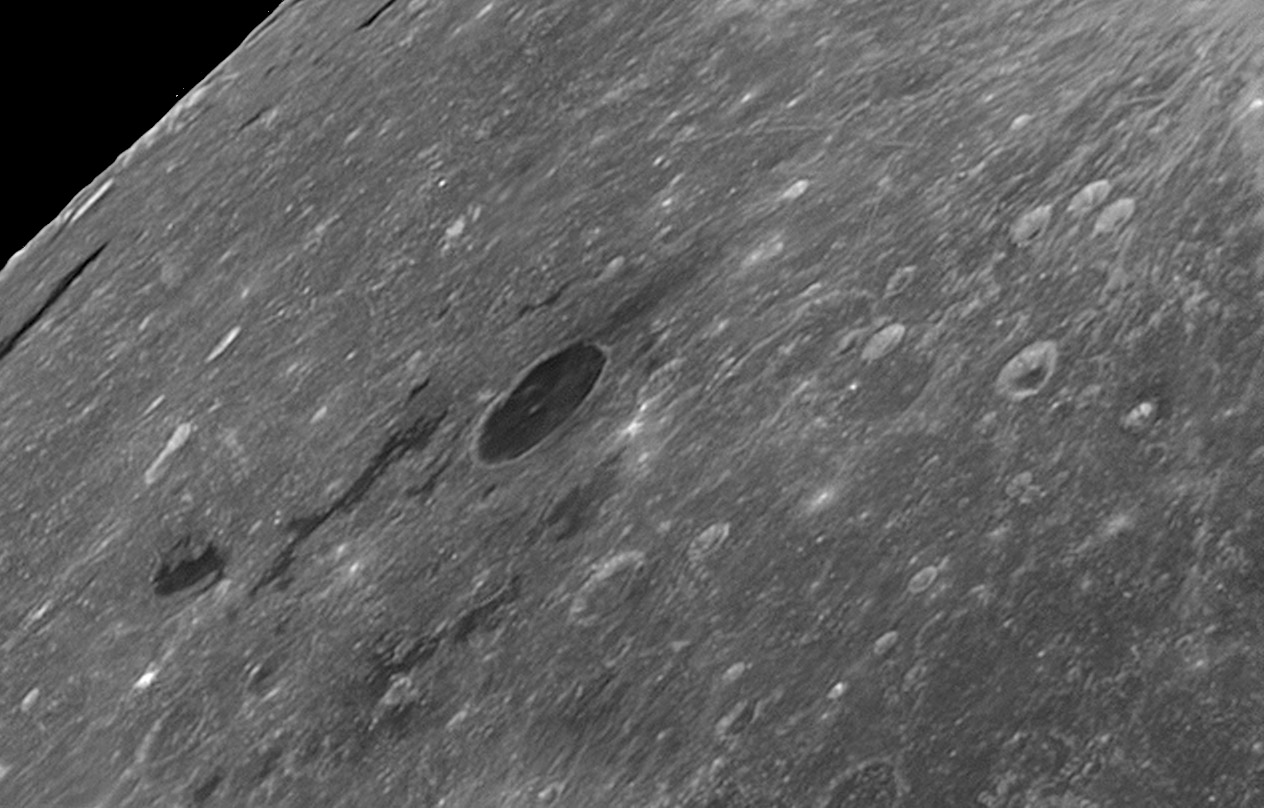 The oblique view we always get of Crüger shows that the 46 km wide crater is filled nearly to its rim with dark mare lavas. The dark floor and narrow surrounding bright walls remind Jordi of Plato. There is a difference though. We understand why Plato has a mare-covered floor - it is near the edge of the Imbrium Basin, and magma probably leaked up fractures under the crater and the basin to fill Plato. But Crüger is locked away in the highlands, not on the edge of any basin. The reason for its mare and other nearby patches was a mystery until an LPOD four and a half years ago. No need to repeat the story here for it was well said then. But what should be done is to look at LRO altimetry data to see if there is now evidence for a depression there, and a new gravity map - is there one? - can confirm the putative mascon, and see if there is evidence for the anomalous inverse mountain. Let me know what you find!