S-Banding Along the Western Limb 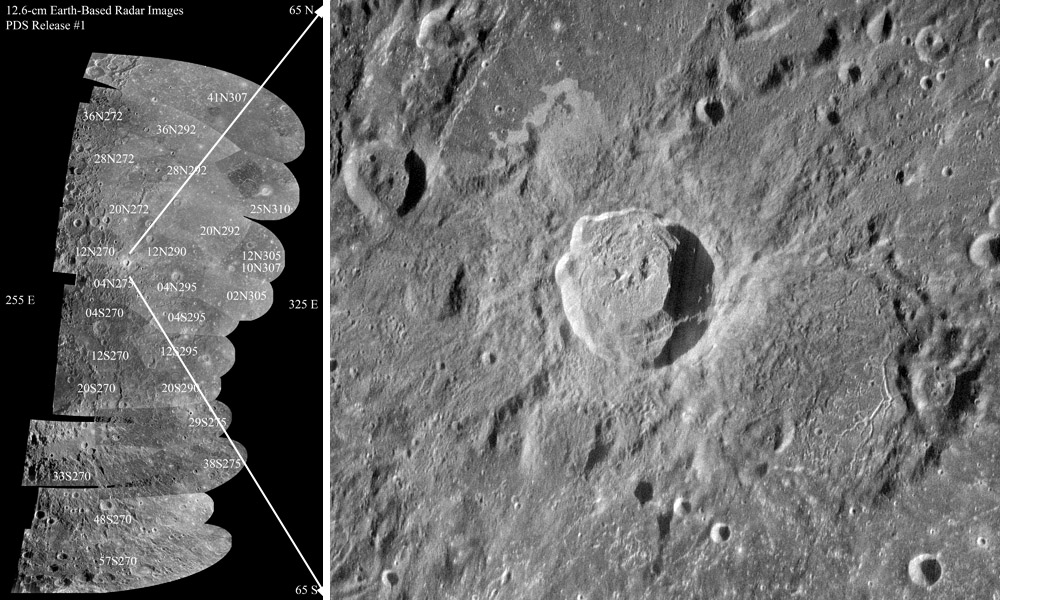 Radar is an imaging technique that is much more computationally intensive than imaging, and for that extra effort it shows things not seen in visible light. Visible imaging shows morphology and surface roughness at the micron wavelengths of light, but radar can image at many much longer wavelengths, revealing large size roughness and even what is below the surface. The giant Arecibo radar dish in Puerto Rico shoots intense pulses of energy to the Moon and receives the reflected radar beam at the Green Bank Observatory in West Virginia. This multi-antenna imaging has been done at 70 cm wavelegth and now is being repeated for 12.6 cm, which is called S-Band. The first imaging to be released is of the western limb, and I have extracted a piece of the image showing Glushko, the bright young ray crater that previously was known as Olbers A. The 80 m resolution is good, but with LRO we have much better now. But the radar image provides quantifiable data on the roughness of the surface. The inner rim and the ejecta around Glushko are bright and therefore rough - just as we would expect. But the real surprise is the very sharply bounded, flow-like material north of the crater. This is probably rough-textured impact melt, not really visible on the high Sun LRO images, but, once seen, it is noticeable on old Lunar Orbiter IV images. The release of these texture-revealing S-band images allows anyone to search for melt deposits that perhaps no one else has ever noticed.