Why So Many Rilles? 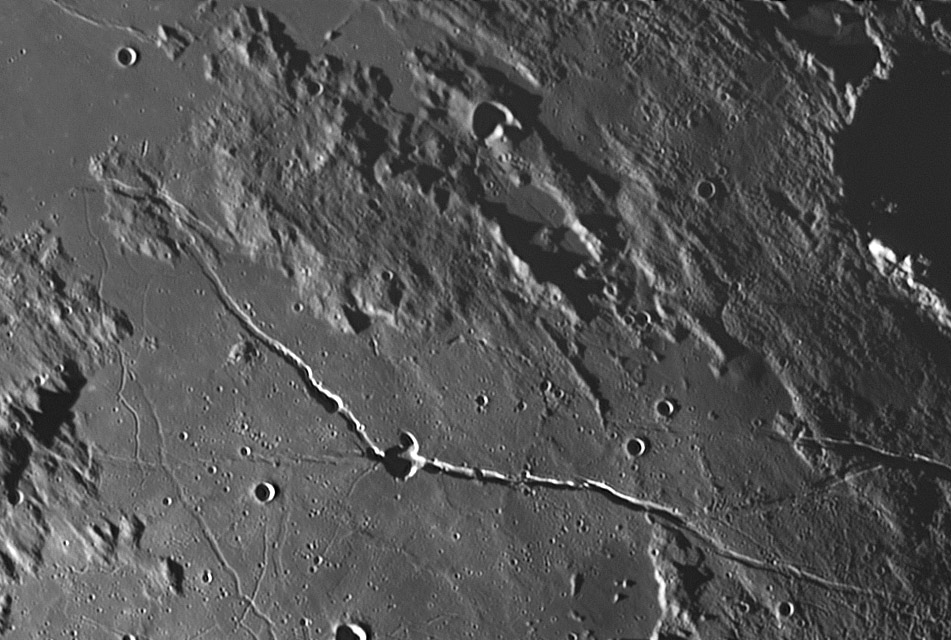 The area of Hyginus is full of rilles, including some very faint ones in Christian's image that are infrequently seen. The most prominent hard to see rilles are the straight ones that cross the center of the elongated crater chain - Imbrium secondaries - at top center. More thin rilles extend from Triesnecker to the upper left where they are covered by the younger lavas of Mare Vaporum. Another narrow rille cuts Imbrium ejecta masses about perpendicular to the left end of the Hyginus Rilles, and on the opposite side of the image an additional rille roughly parallels the east end of the Hyginus Rille where it merges with the Ariadaeus Rille. Finally, this fine image nicely captures the pitted dome in a small patch of young maria near right center - and do you see another likely dome near top center? Most of these features have been imaged before (with a much larger telescope) but I still like seeing them again with this dramatic lighting.


Yesterday's LPOD: It's Just a Phase