Not the Center of Attention 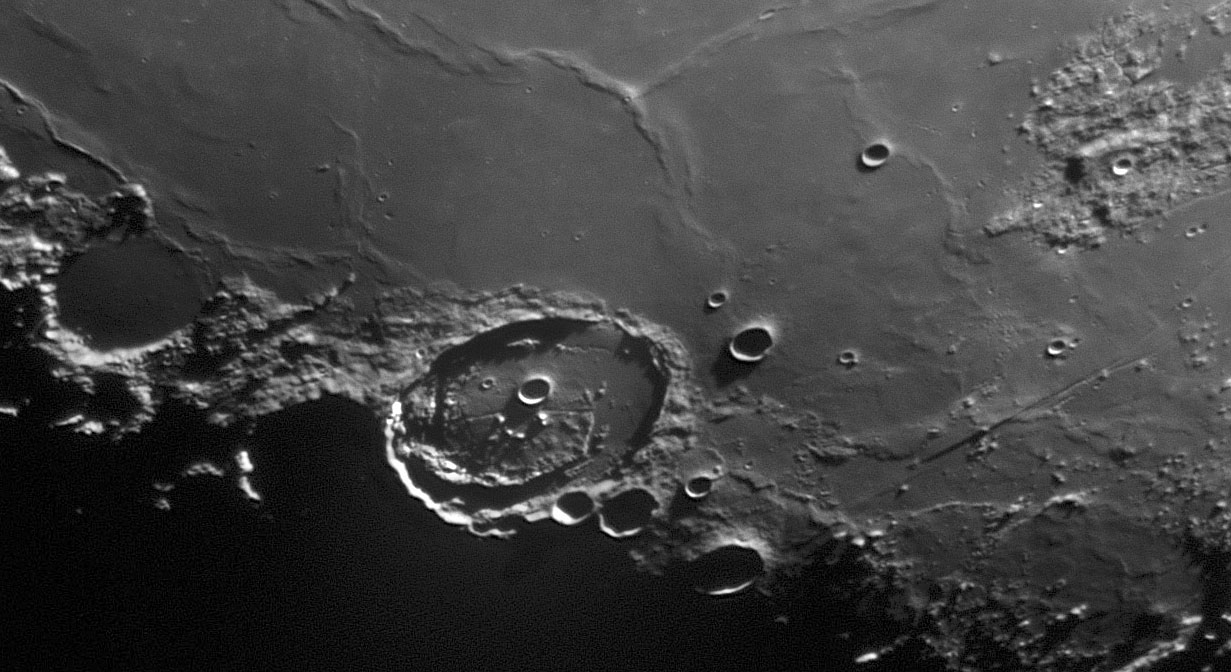 Posidonius grabs attention with its familiar tilted floor and a gap in the rim where lavas must have once flowed down onto Mare Serenitatis. But in the background are rilles and ridges that have stories to tell. The edge of the Serpentine Ridge at top center is connected to other ridges that define an oval larger than Posidonius. Does the oval ridge mark a older crater, flooded by mare lavas? I don't think so. Notice that Posidonius and nearby craters are elongated roughly left to right, with a little tilt upward on the right. That is the direction of foreshortening, paralleling the nearest limb. The mare ridge oval is not elongated in the same direction so it is not a circular object, and thus probably not a buried crater. Compare with the similar ridge oval south of Plato, which has the proper orientation to be circular if the foreshortening is corrected. Now look at the linear rilles along the right edge of the image. The most conspicuous one just south (right) of Posidonius - Daniell Rille - is remarkable because it casts a shadow along part of its length, indicating one side is higher than the other, as happens when vertical faulting has occurred. Above (west) of Daniell are other narrower rilles almost trending in the same direction.

Technical Details
The XXXX in the "image by" line under the photo indicates that this is another image that I have separated from its owner's name! Please help me give credit to whoever acquired this excellent image!


Yesterday's LPOD: Seeing in the Dark